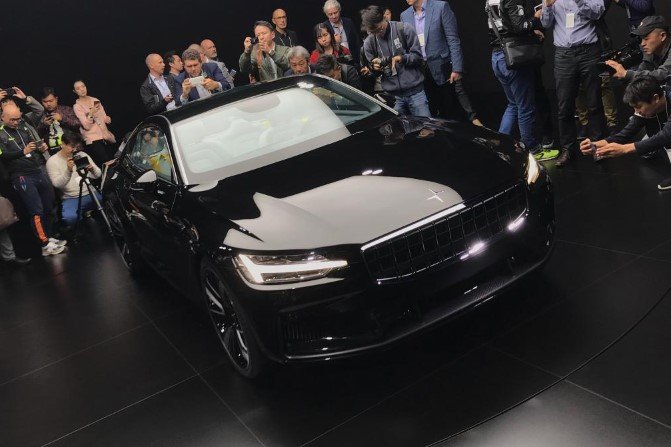 Aside the Polestar 1, they still have other plans for Polstar 2 and 3: Polstar 2 is a saloon to rival the Tesla Model 3, and polstar 3, a larger SUV.

Talking about the performance, the Polestar 1 is being touted as an “Electric Performance Hybrid”, and will make use of a 338bhp 2.0-litre four-cylinder petrol engine sending drive to the front wheels. A starter motor generator will inject a further 39bhp, and electric motors will send 215bhp to the rear axle. That means total power reaches 592bhp, with torque hitting 1,000Nm. The Polestar 1 will be capable of 0-60mph in under 4 seconds.

Polestar claims that the car can run on the rear electric motor and integrated starter motor only, and this provides a claimed all-electric range of 93 miles.

As well as the high-performance hybrid powertrain, the Swedish firm has kitted out the Polestar 1 with driver-configurable active suspension from specialist Ohlins. Polestar claims the system can react to changes in the road surface in less than two milliseconds. Large brakes with six-piston calipers from Akebono provide stopping power, while the planetary gearbox driving the rear axle doubles as a torque-vectoring unit.

Polestar remains a subsidiary of Volvo, which has ploughed £577m into the firm, alongside two investment companies housed within parent corporation Geely Holdings.

Feed your eyes with some pictures below: