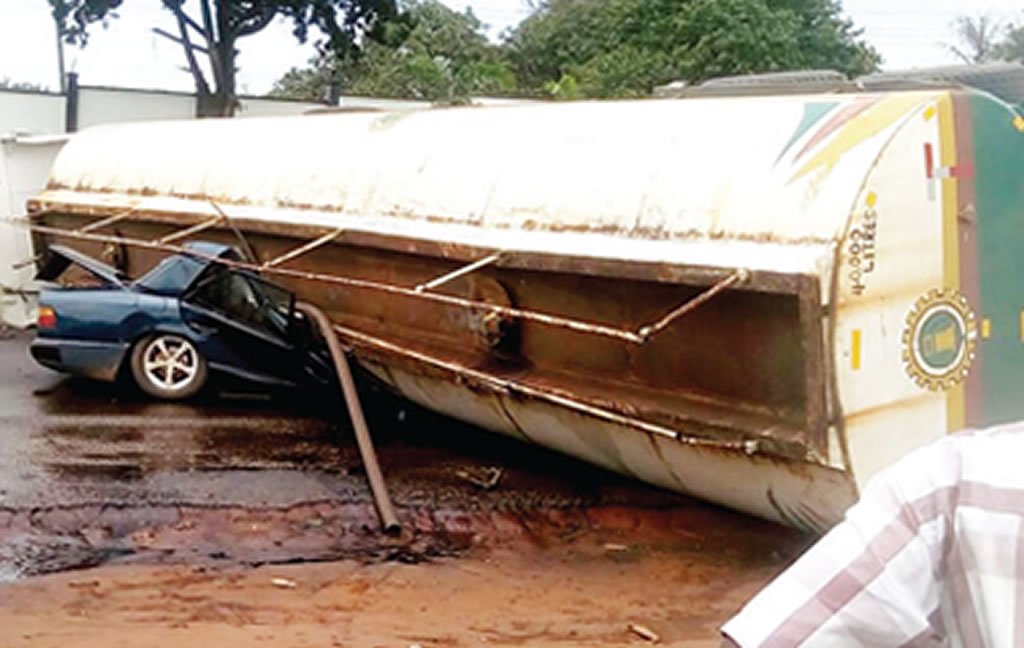 A truck belonging to the Nigerian National Petroleum Cooperation, laden with over 40,000 litres of petrol, on Saturday night fell on a Mercedes Benz car and killed the occupant. The tanker, with registration number XKN 222 SA and NNPC emblem, was said to be heading to Owerri, the Imo State capital before it lost control and fell in front of the Navy School of Finance and Logistics, Owerrinta in Abia State.

It was learnt that the tanker fell on a blue Mercedes Benz car, trapping the driver. It was gathered that Capt. Abdulahi Aminu of the Navy School mobilised his men to ensure that the tanker was constantly sprayed with water to prevent it from going up in fire. Capt. Aminu said immediately he got information about the ugly incident, he mobilised his men to ensure that the people around the area were evacuated.

He said, “I told my people to do everything possible to ensure the safety of lives and property of the people living around the area including our base. “The man whose car the truck fell on was trapped and we were busy trying to save his life, but unfortunately by the time the NNPC truck was lifted off the car, the man was found dead”.