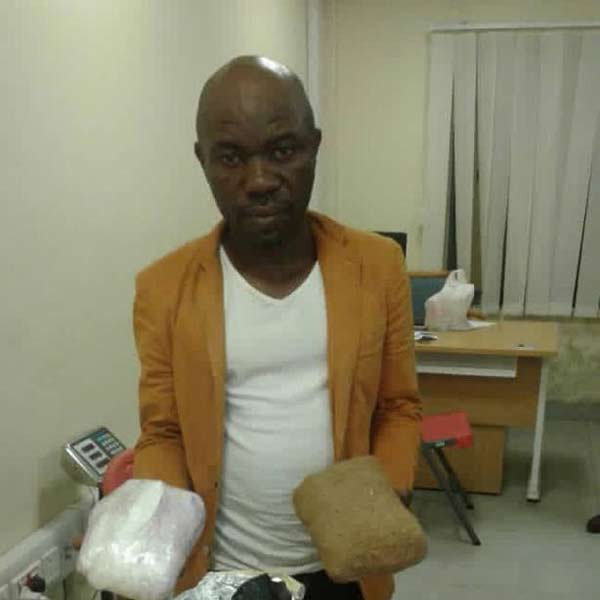 According to a statement by Femi Babafemi, Director, Media and Advocacy, one of the suspects, Aniede Chimezie Bright was arrested on Sunday 28th March 2021. This happened during the outward clearance of passengers on Air Marroc. He was caught with 7.1 Kg of Methamphetamine. It was carefully concealed in food spices and packed in a Swiss polo suit case. The illicit substance was bound for Spain with street value of over N2 billion. 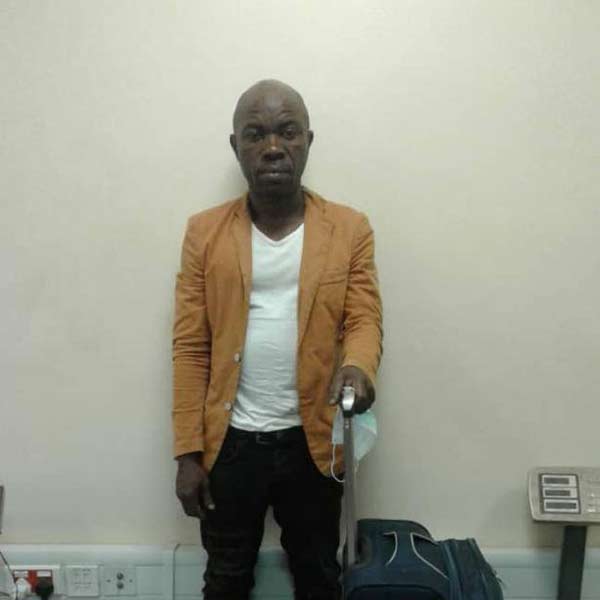 According to the Commander, MMIA Command of the NDLEA, Ahmadu Garba, “Unarguably, the closure of borders occasioned by COVID-19 pandemic is responsible for the surge in the price of these drugs. For instance, the price of meth in Australia had increased from 200 dollars to 600 dollars per gramme. This has caused the desperation by the traffickers and barons alike.”

In a related development, the Command equally intercepted one Bamidele Babatunde Adeyemo. He was apprehended at SAHCO export shed of the airport. Found on him were with 800grammes of cannabis sativa while operatives also seized 19.950kg of green leaves suspected to be khat. The cannabis cleverly concealed in foodstuff was bound for Dubai, UAE. Lagos Airport

In a follow up operation, one Asonye Christian was arrested in connection to the seizure 800grammes of cannabis. Investigations are ongoing with a view to establishing more leads and getting the owner of the khat leaves arrested.

The Chairman/Chief Executive of the NDLEA, Brig. General Mohamed Buba Marwa (Retd) said the Agency remains committed to its new maxim of offensive action against the activities of drug barons and traffickers wherever they are across Nigeria. He commended the men and officers of the MMIA Command for the arrests and seizures.