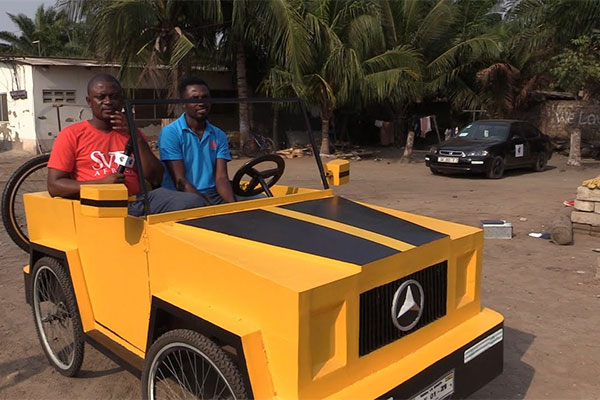 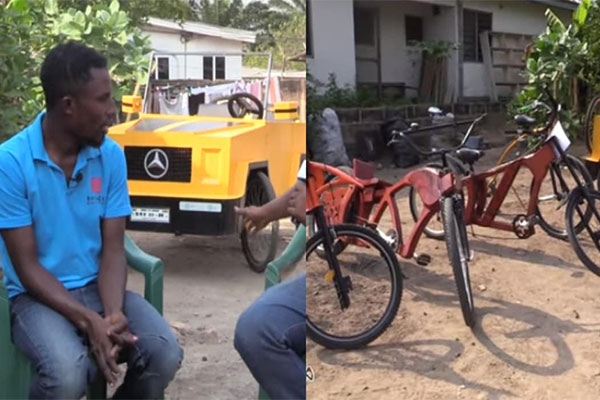 Meet Joseph Korley Tetteh, a creative Ghanaian who uses wooden materials to make bicycles as well as four-wheelers that are powered by pedals.

In an interview with SV TV Africa, Tetteh revealed he started his bicycle business in 2007 but was forced to abandoned the project due to a lack of financial support.

On his impressive pedal powered quadricycle, the CEO of Seek Ye Bikes says his dream is to supply the wooden cars (pedal car) to tourist sites around the country and world.

“I wanted to create something tourists could move around in when they visited our tourist sites. Also i want to build for large facilities or institutions. It is similar to a bicycle. However, it has a steering wheel, looks and feels like a car,” he told DJ Nyaami. 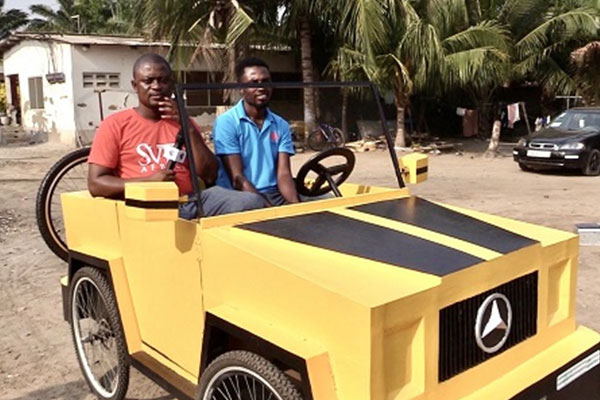 Joseph Korley Tetteh’s four-wheeled bicycle feature an open seating for two. It has a steering wheel, wooden aerodynamic body as well as a pedal to power it. According to him, every part of the ‘pedal car’ is made of wood except the tyres.

According to the creative Ghanaian, the major challenges he is facing now is the lack of adequate funds. With enough funds, he believes sky will be his limit as this will boost his production capacity.

“These are prototypes, so I only manufacture on requests. If I get investors or partners to support financially, I will begin mass production,” Joseph Korley Tetteh said.

For now, he said photographers and video directors sometimes pick his quadricycle up for photo and video shoots without a fee. This suggests that with a little push, the young man could be cashing in on his talent soon because people seem to be in love with his craft.