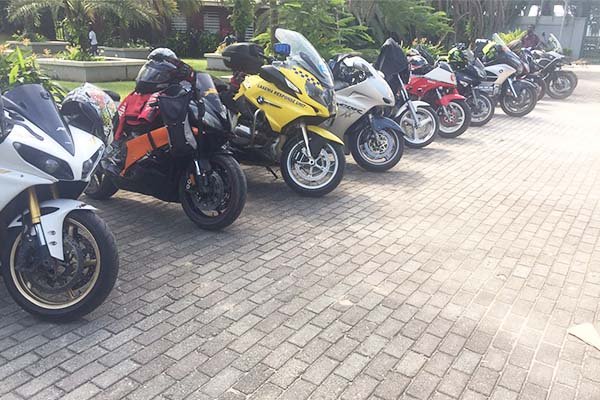 The Results And Championship Tables Of The 2019 BT/RoadX Season.

The MRE officially opened on on Wednesday 27th November 2019, for The BT/RoadX 2019 Practice Sessions/ Championship Finals.

The result of the races held on the race day is as follows: 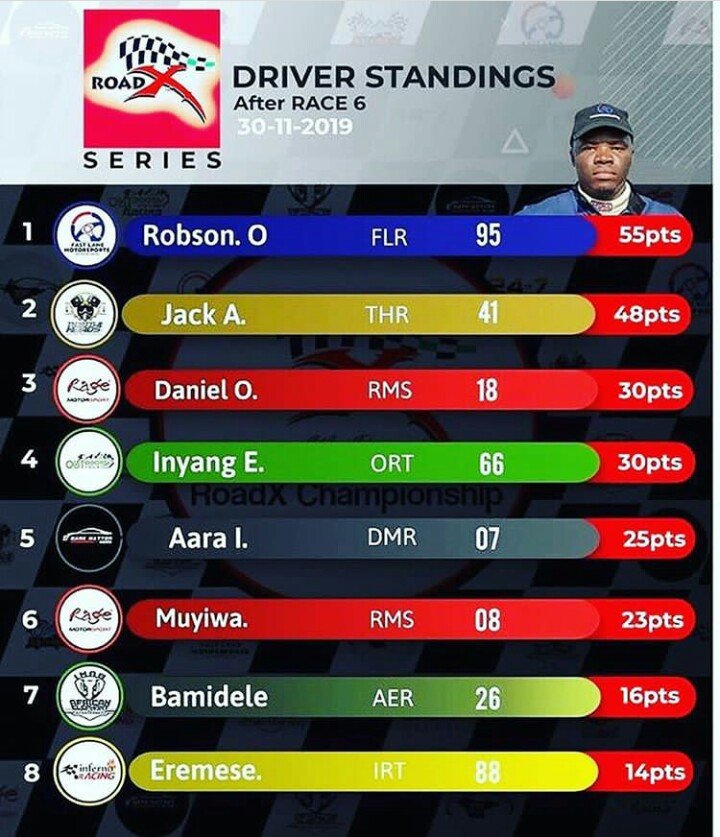 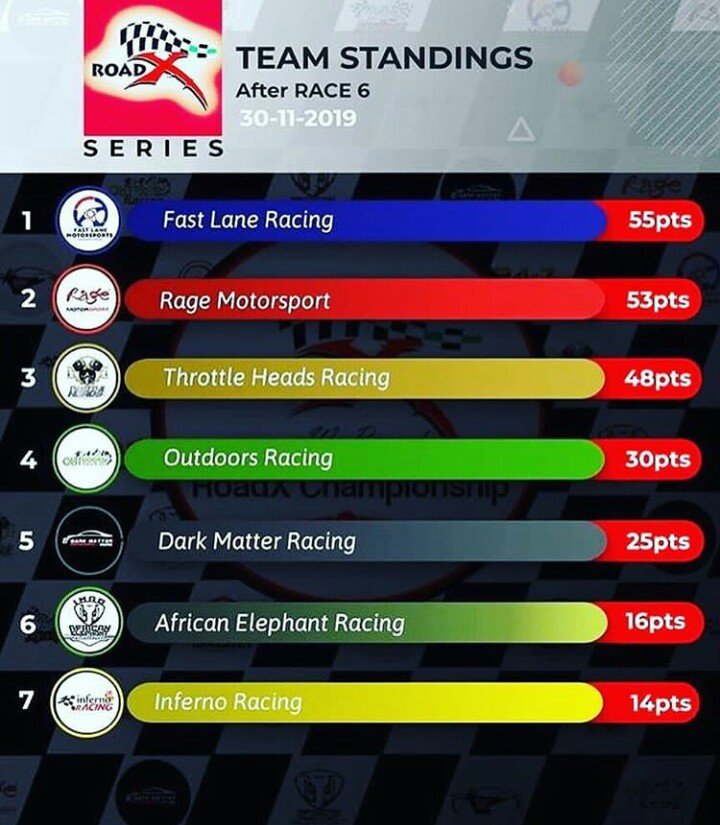 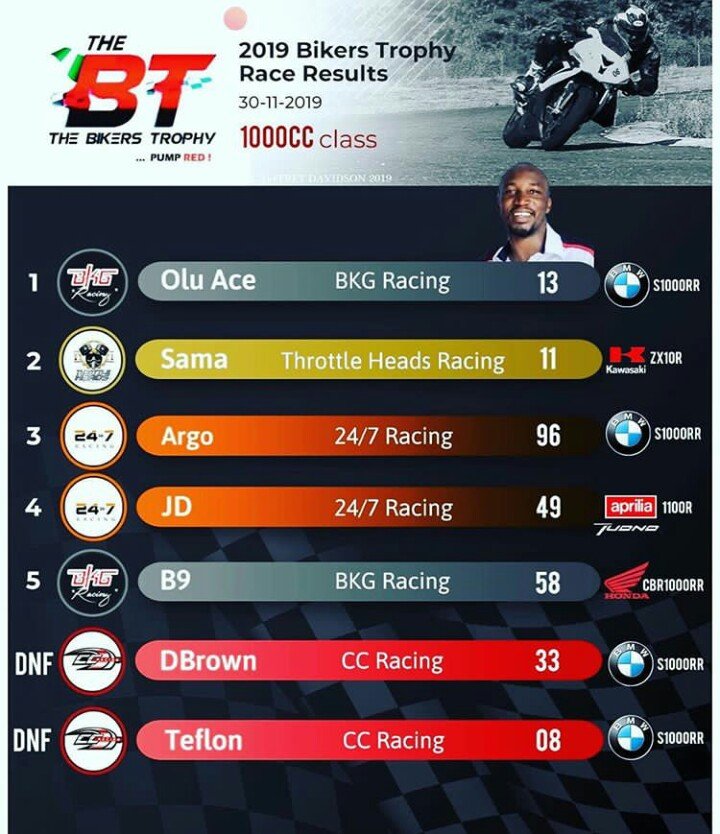 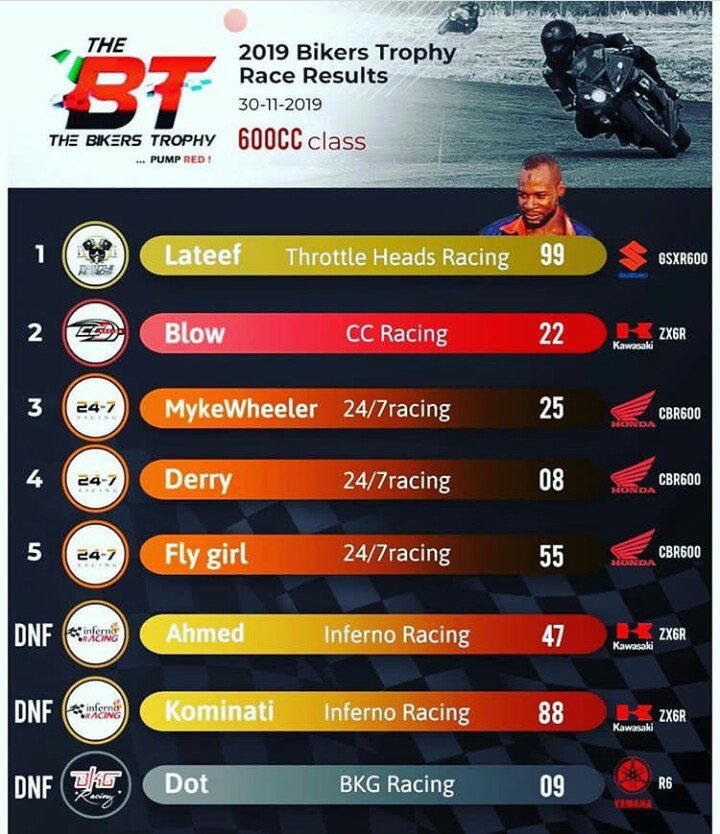 Other awards at the event are:

The Roadx and Bikers Trophy Championship has been an avenue for bringing motorsports enthusiasts in Nigeria together for some years now.

Photos From 2019 Zuru Auto Sport That Held In Kebbi State