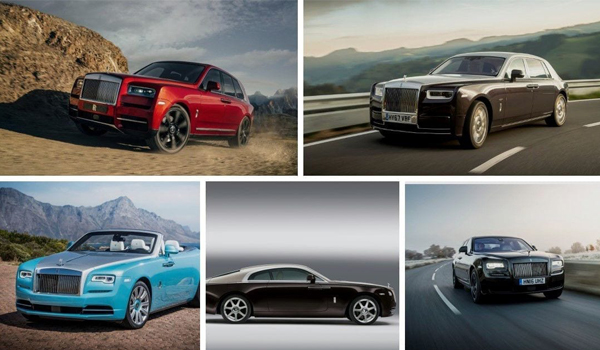 If you think of luxury cars, British auto brand, Rolls-Royce, stands out as the finest brands in the automobile industry. Rolls Royce Models

The prestigious brand has had a reputation of exemplary engineering since its introduction in 1906. Even though the vehicles are still built in England, Rolls-Royce is actually owned today by German group, BMW.

Rolls-Royce has a long history of producing different production models. However, many of them have been discontinued.

Currently, Rolls-Royce has several models as options that are in production for people who want just luxury.

So, without wasting any time, lets run through the differences between the various Rolls Royce models. 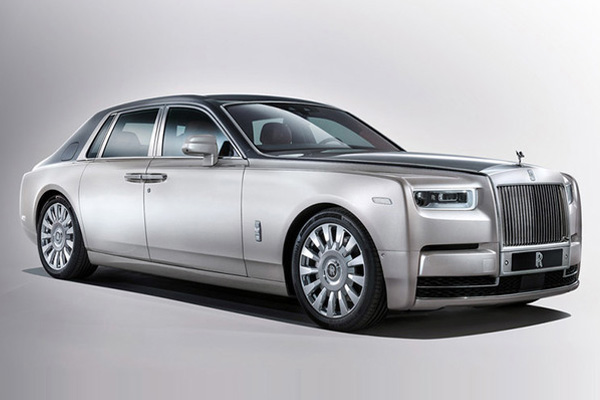 The Phantom is the pinnacle of the Rolls-Royce brand. It is the ultimate Rolls Royce to own.

The Rolls-Royce Phantom is a full-sized super luxury saloon car or sedan.  It is designed for big bosses to take a comfortable cruise down the expressway.

This super-luxurious Rolls Royce is the most expensive of all the models. The Phantom is nearly double the price of both Rolls-Royce Ghost and Rolls-Royce Wraith. 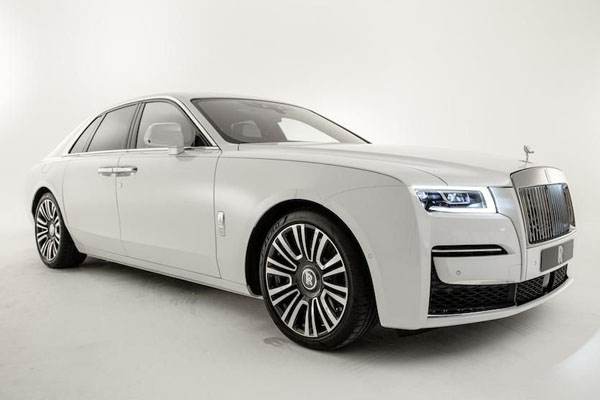 The Rolls-Royce Ghost is a sumptuous choice in the mega-luxury saloon market.

The Ghost is smaller than the Phantom and hence cheaper.  It was designed as a smaller, “more measured, more realistic car” than the Phantom. The aim is for a lower price category for Rolls-Royce models. This is the best selling model of the Rolls Royce lineup and is also the most common one.

The production model was officially unveiled at the 2009 Frankfurt Motor Show. The Ghost Extended Wheelbase was introduced in 2011. 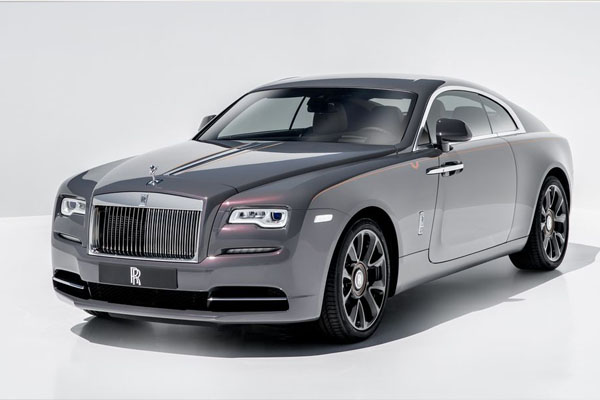 The Wraith is the Coupe (2-door) version of the Ghost and uses the same platform.  That is, it is based on the chassis of the Rolls-Royce Ghost.

This is the more stylish version. It compromises a little on back seat comfort for a bit of a sportier drive. The body style is a two-door pillar-less coupe with iconic suicide doors, where all side windows can roll down like in a convertible.

The Wraith was made to appeal to a younger audience than Rolls Royces normally attract. The vehicle was announced in January 2013 and unveiled at the 2013 Geneva Motor Show.

The 2020 Wraith starts at $330,000 (MSRP), with a destination charge of $2,000. This is exclusive of shipping and clearing costs at destinations outside United Kingdom. 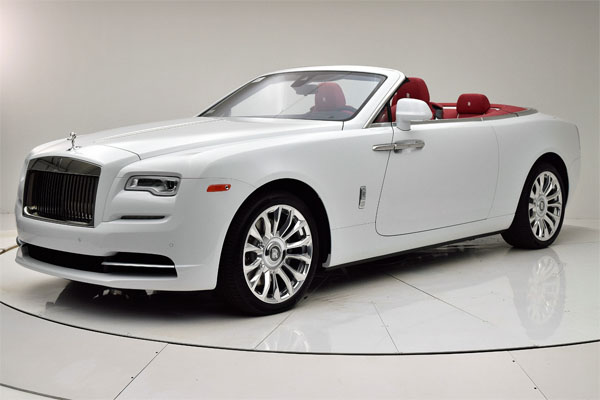 The Dawn is a convertible (drophead) model of Rolls-Royce. It is a handmade 2+2 luxury luxury grand tourer.

The Dawn is built on the same chassis as the Wraith. Rolls-Royce made sure to incorporate plenty of unique features. That includes the suspension, which was designed from the ground up for this model.

The Rolls Royce Dawn was announced at the 2015 Frankfurt Motor Show.

The 2020 Dawn starts at $356,500 (MSRP), with a destination charge of $2,750. This is exclusive of shipping and clearing costs at destinations outside United Kingdom. 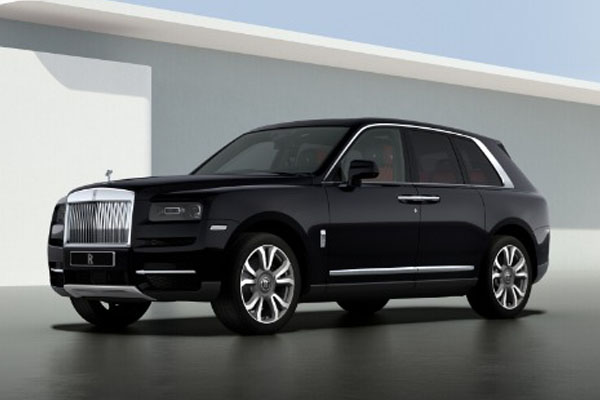 The Cullinan is the first sport utility vehicle (SUV) to be launched by the Rolls-Royce marque, and is also the brand’s first all-wheel drive vehicle. It was unveiled in May 2018.

It is named after the Cullinan Diamond, the largest gem-quality rough diamond ever discovered.

With incomparable interior comfort and unrivaled prestige, the Cullinan is a rolling palace that comforts its passengers and signals richness.

The Cullinan sits on the same platform as the new Phantom. It also houses a 6.75-litre V12 under its bonnet. An 8-speed ZF transmission translates this SUV’s considerable power to motion via a permanent all-wheel drive system. 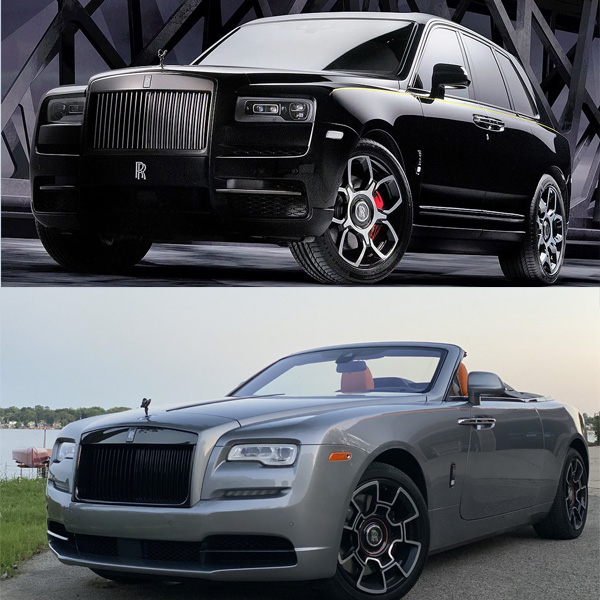 The Black Badge is a range of the different Rolls Royce models that have been enhanced for performance.

Rolls-Royce introduced Black Badge in 2016 at the Geneva auto show with the Ghost sedan and Wraith coupe. It added a Dawn convertible Black Badge variant in 2017. The Cullinan Black Badge was launched in November, 2019. Rolls-Royce does not offer a Phantom Black Badge, nor does it plan to, a company spokesman said.

Black Badges variant of Rolls-Royces can be identified by their darkened chrome surfaces for the front grille frame and exhaust pipes as well as trim pieces on the side and rear of the vehicle. The Spirit of Ecstasy hood ornament is finished in a darkened, gloss-black chrome. The model also gets 22-inch wheels and red brake calipers.

The wheels are correspondingly complex in their construction. Additional alloy-carbon compound, they brag 22 layers of carbon fibre. All models also have attractive eight-speed automatic gearboxes, which function through more alert regulate pedals, while the Wraith gets an overhauled air suspension system, one which seemingly offers both driver emphasis and a ‘magic carpet ride’.

See How Dirty Cars Were Converted Into Amazing Artworks (PHOTOS)