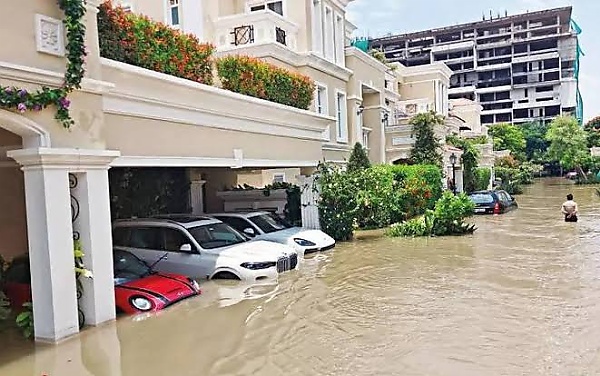 Since 2008, i have lost 5 cars, including Bentley, E-Class, G-Wagon and Escalade to floods, Lagos landlord, Daniel Okereke tells Punch.

Daniel Okereke, who is into real estate, said he bought the land in Mende, Maryland in 2007 and developed it in 2008.

Apart from the previous loses, he said last week Monday’s flood in Mende cost him about N8 million worth of furnitures. 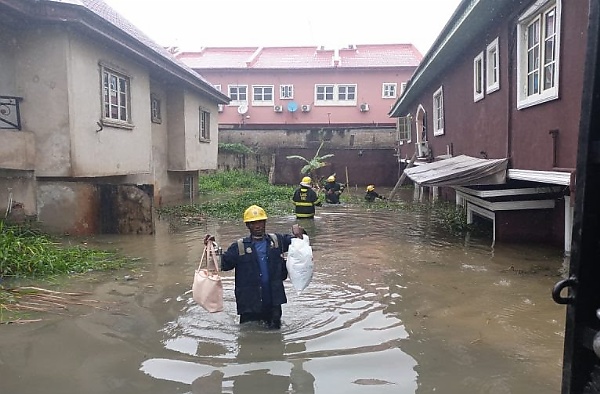 Last week Monday, the National Emergency Management Agency (NEMA) deployed its officials to rescue victims trapped in a building in Maryland area of Lagos State, after receiving a distress call about the emergency.

The property at Akinwunmi Street in Mende, Maryland, which was alleged to have sunk due to the torrential rainfall on Monday, is owned by businessman, Daniel Okereke.

Speaking with Punch, Daniel Okereke, who said he voluntarily resigned from his banking job to pursue other businesses in real estate, said he bought the land in 2007 and developed it in 2008.

“Where I live in Mende, Maryland, from time to time, when it rains very heavily, we have this surge because we have a canal of about 150 metres from my residence and other residencies around and so on.”

“I have been here since 2008 and whenever this surge comes, it flows from the canal and floods our homes and all that. It floods the streets and in some cases, the home.” 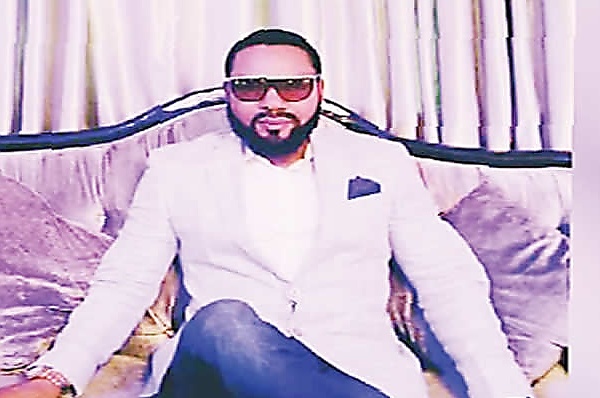 Explaining the extent of damage which the flood have caused to his properties since 2008, he said he has lost 5 vehicles, including cars from brands like Bentley, Mercedes-Benz and Cadillac.

“As I speak to you now, in order not to sound immodest, I have lost at least five cars and when I talk about cars here, I’m talking of cars like G-Wagon.” 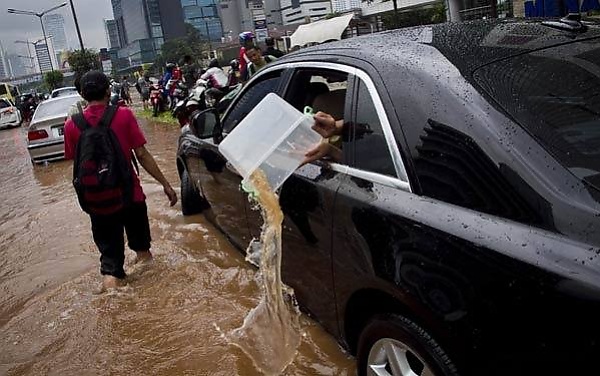 When asked to estimate how much he lost during this particular incident, he said :

“To estimate what I have lost in this incident, apart from the previous ones that lost my cars, I will say about N8m. That’s for the furniture, the TVs, air conditioner and so on and documents.”

“It’s just a very pathetic site to see but by God’s grace, the water has receded and I was able to use the pumping machine to pump it out. I have automated pumping machine that I usually use. The water even carried the one I was using away, I had to go and buy two new ones.”