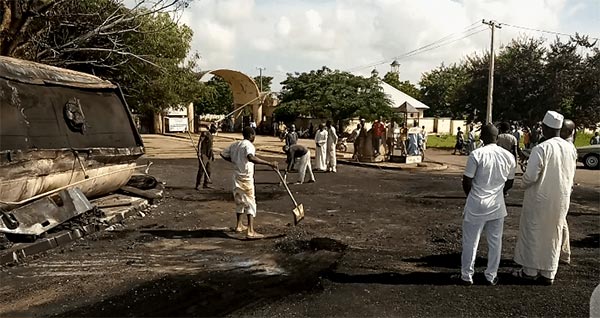 Three people have been reportedly injured in an accident involving a tanker which exploded around the Federal Polytechnic Bauchi area on Wednesday night.

The petrol-laden tanker was said to have been coming from the Yelwa area and was heading towards the Dass area when the accident happened.

It was gathered that the incident caused panic in the area as people scampered for their safety.

An eyewitness revealed that those injured were trying to scoop fuel from the fallen tanker when it exploded. 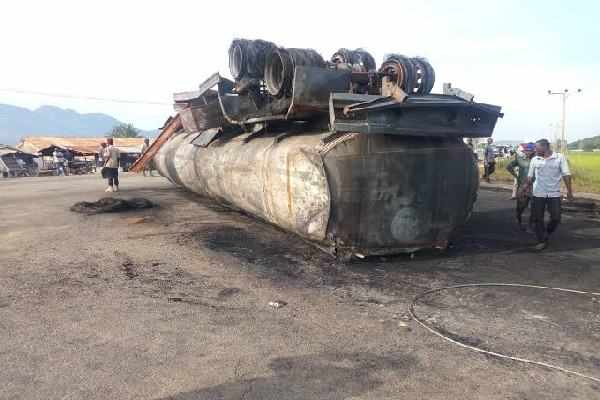 “The petrol tanker was heading towards Dass from the Yelwa area when it hit a speed breaker just before the gate of the Federal Polytechnic, Bauchi. I think he wasn’t aware of the speed breaker or he forgot to slow down on approaching it.

The source added, “The tanker didn’t explode immediately. It exploded after about 30 to 40 minutes later. People were already there trying to scoop fuel when it suddenly exploded.

However, the health officials who came to the scene of the incident and said; “Three persons were injured and were rushed to the Abubakar Tafawa Balewa University Teaching Hospital for medical attention”. Said the Public Relations Officer of the Fire Service, Abubakar Bala. 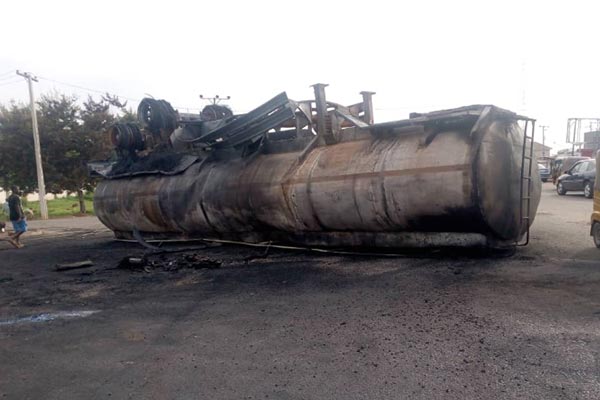