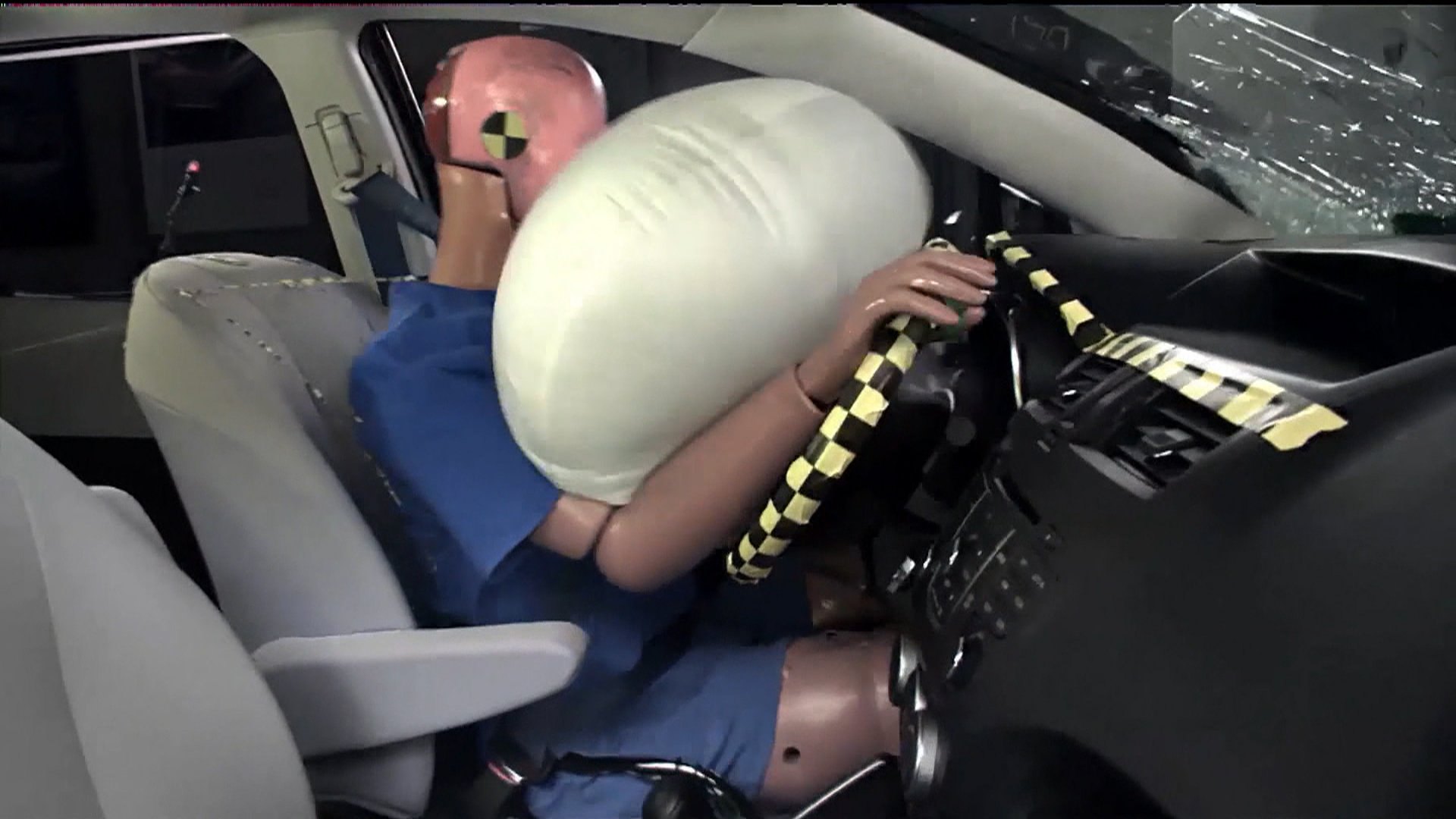 Automakers are continually increasing our confidence in the ability of cars to save our lives in the event of a terrible accident. Crumple zones, airbags, and safety belts are just the start. Now we have electronic aids that actively try and prevent a car from crashing.

Lead is toxic,and having it in the air was bad for mankind.The National Bureau of Economic Research states that the average national IQ in America went up a few points after we stopped leaking lead around from our petrol.
Leaded petrol was introduced by General Motors back in 1923,and even before it was put on sale several of GM’s staff were fatally poisoned during their research.

Safety cell design re-imagines cars with soft crumple-zones on the ends and a rigid cage in the center.
This is Béla Barényi’s original sketch for the safety cell. Crumple zones absorb energy and there is a solid passenger compartment in the middle.The design was pioneered by Mercedes and is common to all cars today.

You might not think about them as a safety feature,but radial tires are a big part of why cars are safer today than in the past.
Well,imagine it like this:diagonal tires were like tough balloons.Radials on the other hand have a series of cord plies reinforcing the tire, making them much more solid and reliable.

Not everyone is a fan of airbags,but let me assure you,hitting your face on a hard steering wheel and dashboard is a lot worse.

French genius Gabriel Voisin came up with the idea of ABS for airplanes,and the technology soon found its way to the automotive industry. Having good brakes is one thing, but if you don’t know how to use them and lock up,they are totally useless.That’s where ABS comes in.

You know how normal glass breaks.The glass in modern cars stays in one piece, or if things get more serious,does its best not to cut you.

The two types of brakes used on modern cars are disc breaks and drum breaks.All new cars have disc brakes on the front wheels,while the rear wheels may use either disc or drum brakes.

Collapsible steering columns were introduced to reduce the number of serious injuries caused by the impact of the steering column and wheel on the driver’s body in the case of a frontal impact collision whilst driving.