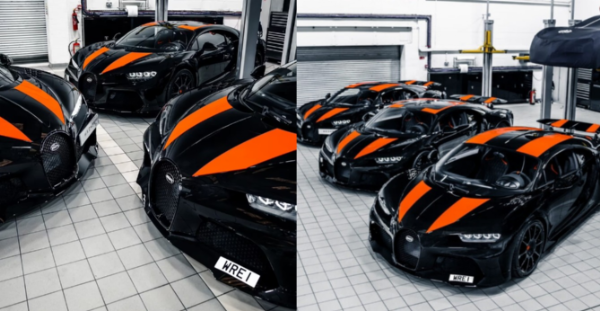 Three Bugatti Chiron Super Sport 300+’s worth £12m arrived in the UK, to be delivered to Super-rich customers in January.

The three Bugatti hypercars, worth 3.5 million euros each, represent 10% of the total limited production run. 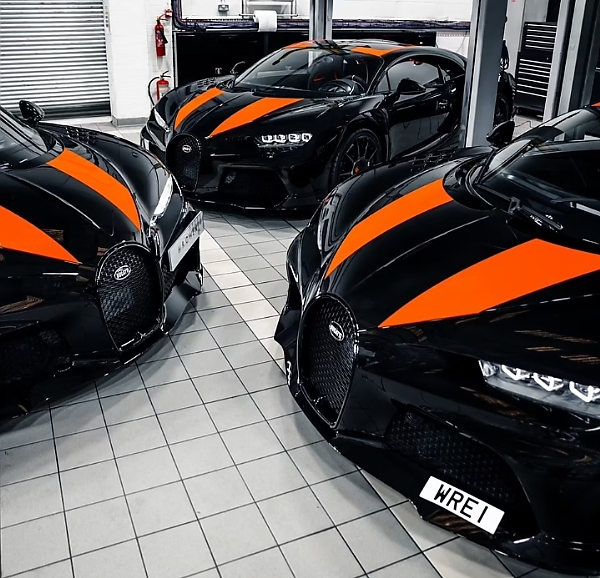 Luxury car dealership, H.R. Owen Bugatti London, this week took delivery of the UK orders for three Bugatti Chiron Super Sport 300+ models. The trio of hypercars, pictured parked in formation inside the dealership’s workshop, will be delivered to its customers in January.

The three hypercars, worth 3.5 million euros each, represent 10% of the total limited production run, as Bugatti plans to build just 30 of the sold-out Chiron Super Sport 300+ vehicles. 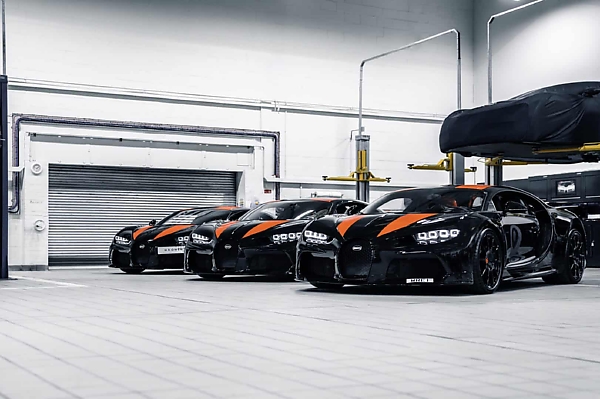 The Chiron Super Sport 300+ is one of several variants of the sold-out Bugatti Chiron. It was first revealed to the world in 2019 when it became the first car from a production manufacturer to break the 300mph barrier.

The Chiron Super Sport 300+ recorded a world record speed of 304.773mph, with Official Bugatti Test Pilot Andy Wallace behind the wheel, thanks to a number of meticulously engineered upgrades it received, including its streamlined bodywork that was redesigned to include a ‘longtail’. 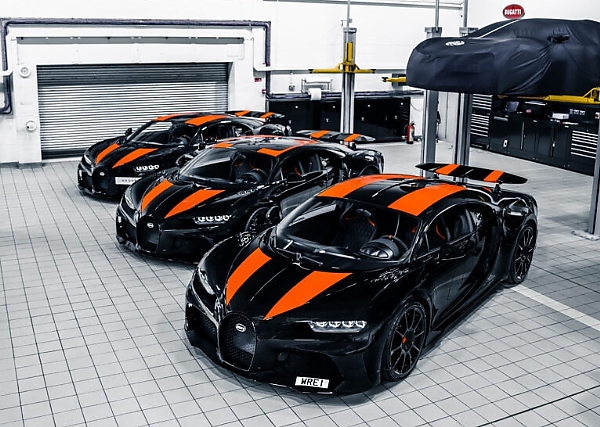 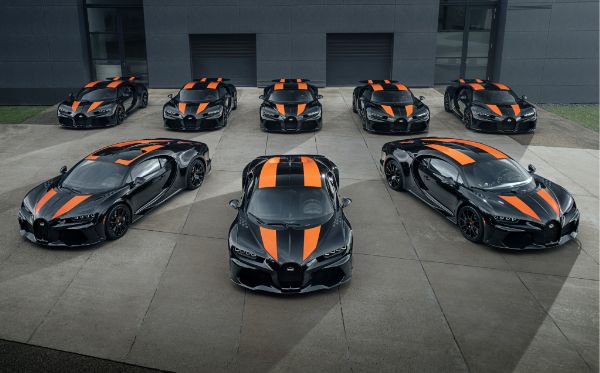 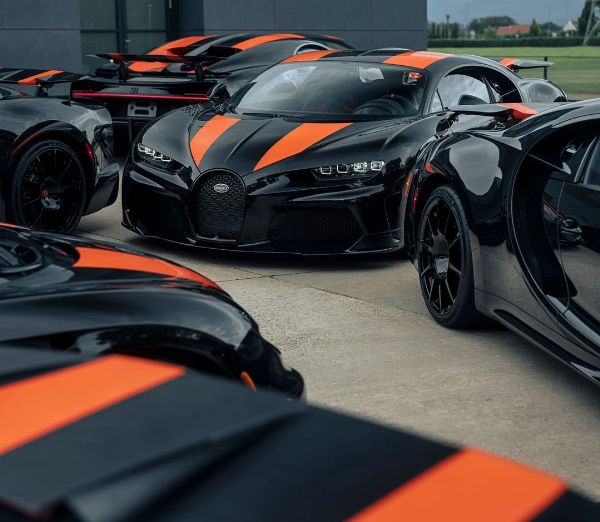 The ‘longtail’ feature helped maintain a smooth flow of air over the car to maintain stability at high speeds. The new shape, and a set of vertical exhaust pipes, allowed for a diffusor 32% larger, helping to further increase downforce.

The legendary 8.0-litre W16 engine was upgraded with reinforced pistons, larger turbochargers and an oil pump capable of operating at higher pressures, to deliver a total of 1,600PS – exactly 100PS more than Chiron. 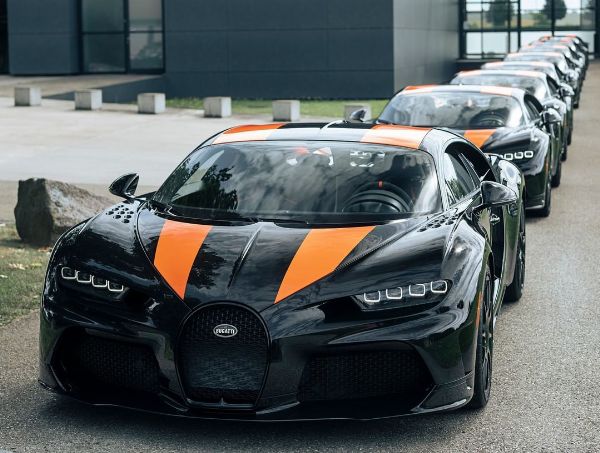 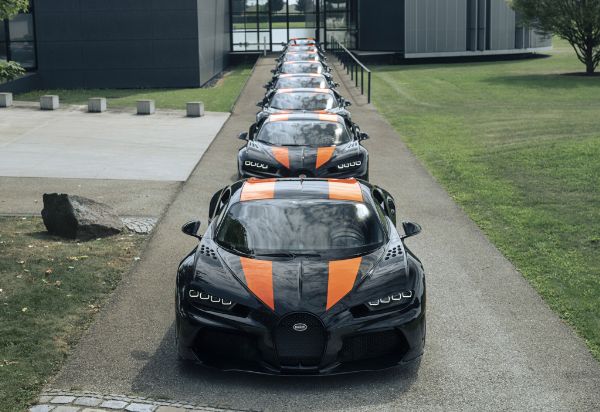 Additional flourishes complete the 300+’s design, including a Bugatti “Macaron” logo made of genuine silver and black enamel, and strong magnesium alloy wheels finished in a bespoke colour named “Nocturne”.