The Land Cruiser has earned its legendary bones as a durable, capable off-roader over the course of more than 60 years.

In the States, the model has evolved from something akin to a glorified agrarian implement to a leather-lined Land Rover Range Rover rival.

In other parts of the globe, the Land Cruiser lives on in similar guises and more utilitarian configurations, including pickup trucks prized by farmers and freedom fighters alike.

The Toyota Land Cruiser will exit the United States next year. The redesigned version, the 300 series, is due to be introduced in other markets.

The current Land Cruiser, the 200 series, has been on sale since the 2008 model year. It will bow out at the end of the 2021 model year, Toyota said Monday in a statement. 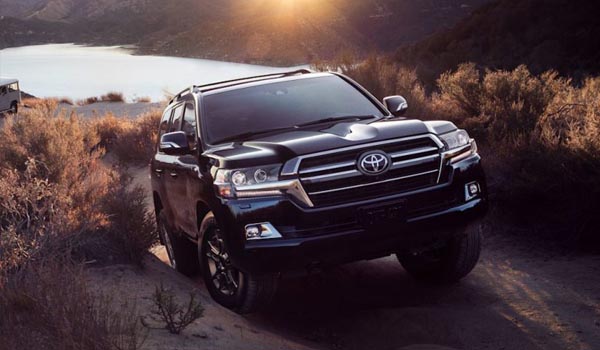 For its final year here, Toyota is offering the special Heritage Edition model. This will be available third-row seats (previously it only had two rows).

Toyota’s announcement backs up comments made to Motor Authority in October by a dealer source. The source indicated that the Land Cruiser would be gone after 2021. And it is unlikely to return, at least for the foreseeable future.

Things aren’t all bad, so don’t rush for the Kleenex just yet. Toyota also said that it remains committed to the large SUV segment, though just what that will entail isn’t clear.

“The Land Cruiser will be discontinued in the United States after the 2021 model year. Still, we remain committed to the large SUV segment. We will continue to explore future products that celebrate the Land Cruiser’s rich off-road history,” Toyota said. “We encourage loyal enthusiasts and intrepid adventurers to stay tuned for future developments.”

The Land Cruiser is an icon of off-roading though it doesn’t sell in big numbers here, with 2019’s tally coming in at just 3,536 units. Part of the reason is the price which puts the Land Cruiser in competition with the related Lexus LX—a nameplate that isn’t going away.