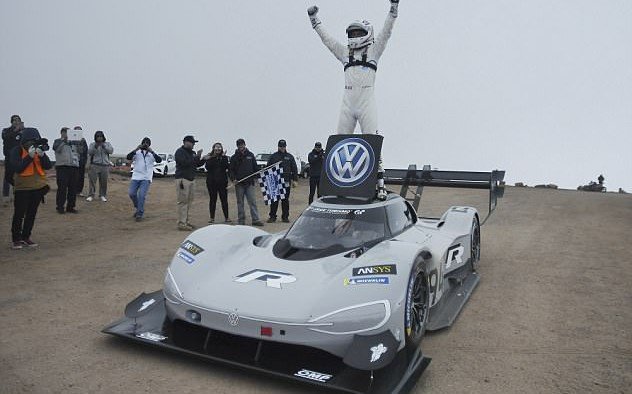 The Volkswagen’s prototype electric I.D. R Pikes Peak has smashed the time record at the 2018 Pikes Peak International Hill Climb by 16 seconds with a time of 7m.57.148s. 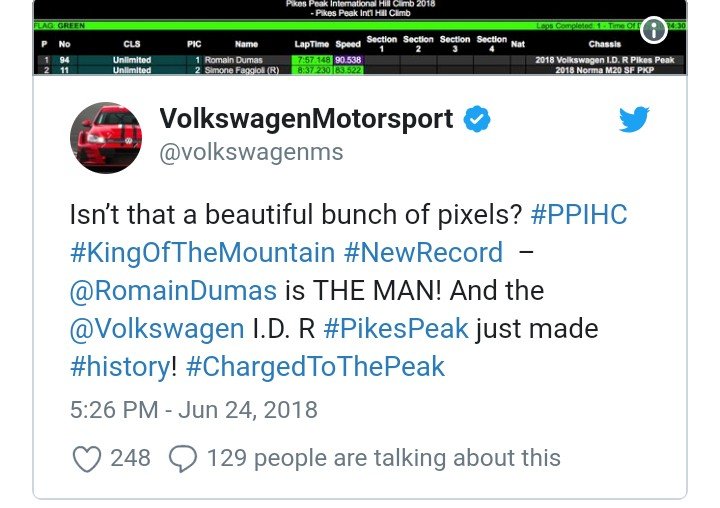 Pikes Peak International Hill Climb also known as The Race to the Clouds is an annual motor race in Colorado,US ,where competitors are allowed to attempt the race once . 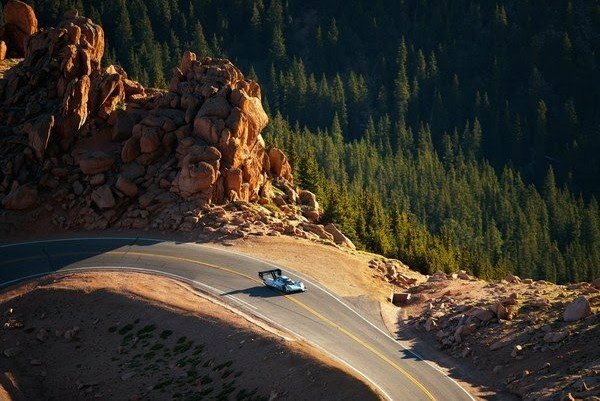 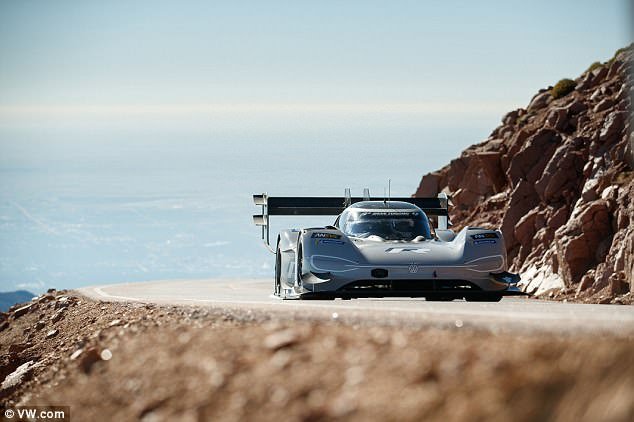 The 680 horsepower Volkswagen prototype EV is powered by 43-kWh battery pack and will go from 0 to 62 mph in 2.25 seconds.