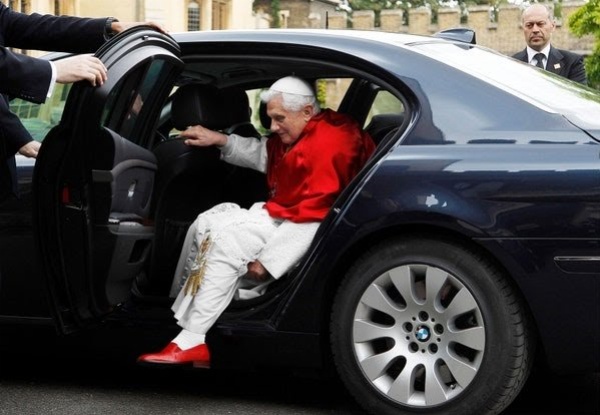 In 2006, Audi and BMW fought each other to provide bulletproof popemobile for Pope Benedict during his Germany visit.

To settle their fight, BMW provided armoured 7-Series sedan to ferry the Pope in Munich.

The pontiff was driven in a bulletproof Audi A8 during his three-day stay in Regensburg.

Back in 2006, Bavarian-based autogiants, Audi and BMW locked horns, with the two German rivals claiming the right to provide the official limousine to ferry the Pope during his visit to Bavaria.

During his 6-day visit to Germany, between September 9 to September 14, former Pope, Benedict XVI, visited Munich, Altötting, Marktl am Inn, Regensburg and Freising, all in his home state Bavaria.

With both companies not ready to give in, the Munich Archibishop’s office was forced to come in as a mediator to help to create agreement between the two conflicting manufacturers.

To settle their fight, BMW provided the armoured version of its flagship BMW 7-Series sedan to ferry the Pope in Munich, while the pontiff was driven in a bulletproof Audi A8 during his three-day stay in Regensburg.

A BMW spokesman said “it was important to us that we provided the car he used first on his visit”. Audi also said it was satisfied with the arrangements.

While Mercedes has made 12 different popemobiles for the Popes over the years, BMW; SEAT; GMC; Toyota; Fiat; Isuzu; Kia; Hyundai; Land Rover and Jeep have all made models as well. 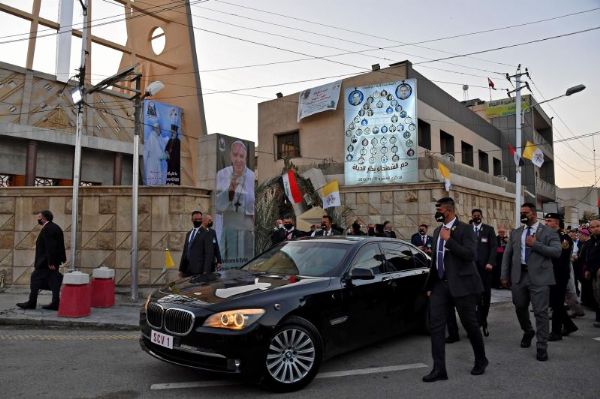 Many of these bulletproof Popemobiles remain in the country they are used in. These includes a small Seat Panda used in Spain as well as a Ferrari Mondial used in Maranello, Italy.

As Iraq doesn’t have a well established automaker, BMW provided its flagship BMW 7-Series limousine for the Pope to use as a popemobile during his latest visit to war-torn, Baghdad.