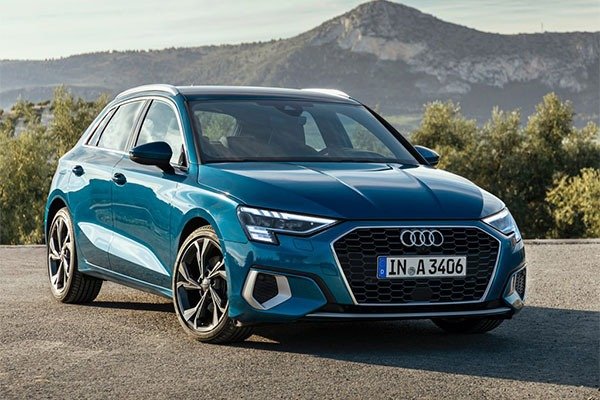 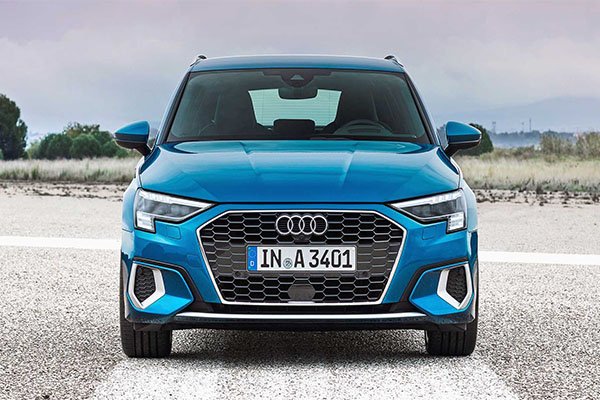 Audi still manages to unveil new vehicles in this crucial time as they have launched the 2021 A3 Sportback.  The new A3 is in its 4th generation and based on the latest VW Golf. The new car will rival the Mercedes-Benz A-Class and the BMW 1 series. This version is will be available in a 5 door variant for now. The 3 door model scrapped due to poor sales. A 4 door may debut later in the future as it received great applause from buyers. Let’s look at what’s new in the 2021 Audi A3. 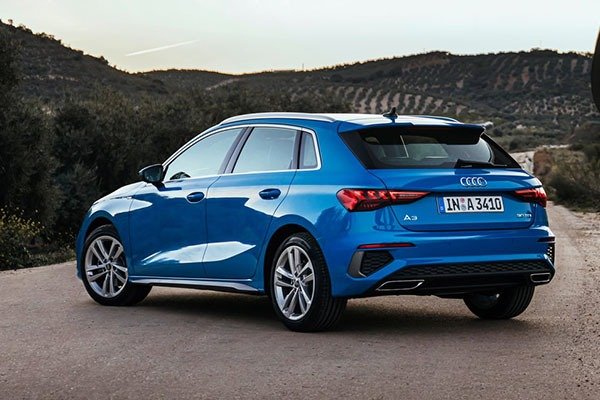 The new Audi A3 Sportback has a sporty and taut road stance. The front section is dominated by a wide, hexagonal Singleframe with a honeycomb grille. It accentuates the dynamic character of the premium compact car just as clearly as the large, angular air inlets whose depth gives them a sculptural effect. This design language cut across all Volkswagens with the MQB platform seen in the VW Golf and Skoda Octavia. The shoulder line runs in a wedge shape from the headlights to the rear lights This design makes the Audi A3 Sportback appear longer. The surface below it falls inward, accentuating the quattro blisters and highlighting the body’s shoulder. 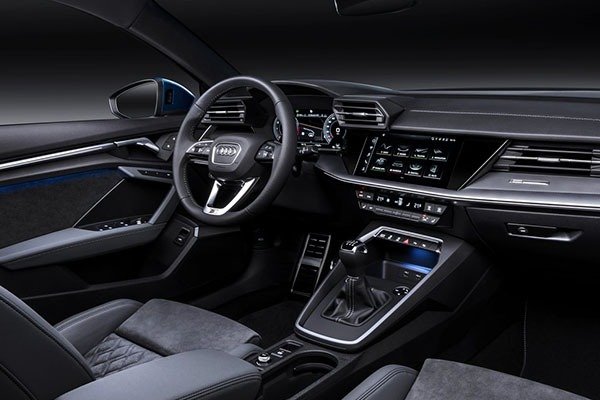 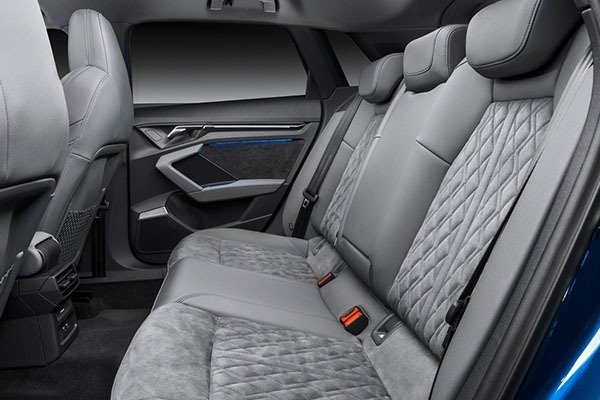 The exterior may be very familiar but the interior has taken a huge step in the tech department. The cabin now accommodates an angular dashboard hosting a 10.25-inch digital instrument cluster. It can also be optionally bumped into a 12.3-inch size. The center console hosts the 12V charge port and electronic handbrake button that has been moved closer to the gearshift lever. There are two cup holders between the front seats and another cubby for storing the smartphone in front of the gear stick. The door cards can be partially wrapped, depending on the specification, in different-style leather trim, like the seats and other touchable surfaces. 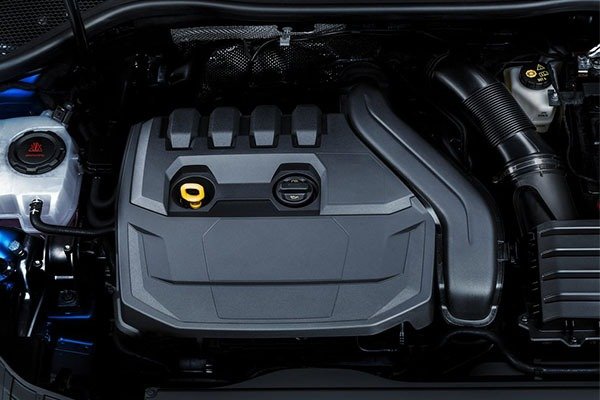 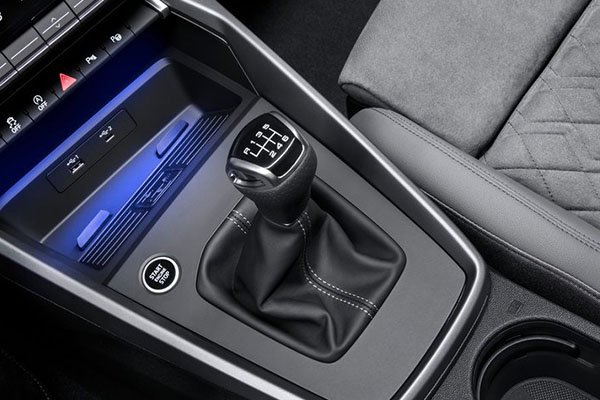 The engine variants are not surprisingly different from those used in the VW Golf. The regular 1.5 liter turbocharged 4 cylinder outputs of 150hp and the mild-hybrid variants use the same displacement and output. A 1.0 liter 3 cylinder (110hp) also joins the lineup and a 2.0 TDI diesel (116hp and 150hp respectively). The top of the range engine is a 2.5 inline 5 cylinder will debut later and will output 400hp together with 2 plug-in-hybrid of 1.4-liter each. A 6-speed manual and a 7-speed dual-clutch gearbox will be available while the 6-speed DSG (Dual-Shift-Gear) is optional. Front-wheel-drive will be standard while Quattro all-wheel-drive will be optional.