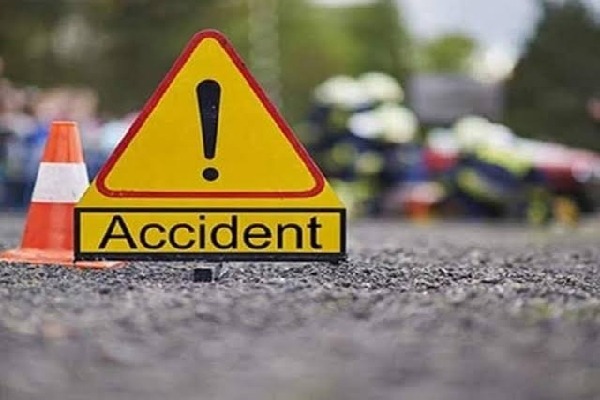 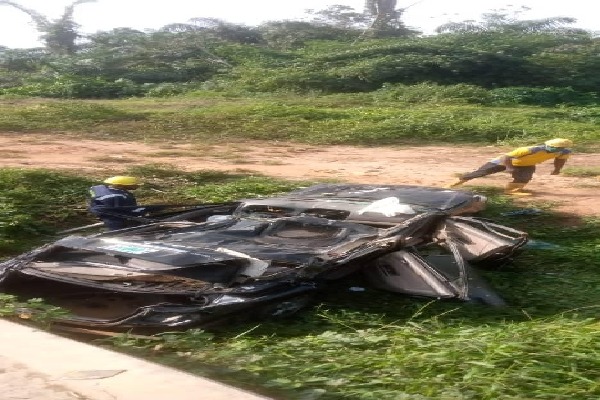 Image from the scene of the car accident: Atlantic Road in Epe area of Lagos.

Three persons have been reported dead in car accident that involved a Toyota Camry car carrying the plate number LSR-724 FW and a tricycle along Atlantic Road in Epe area of Lagos.
The reason for this accident was however stated by the Lagos State Emergency Management Agency (LASEMA) from their investigation which was attributed to a blown out front tyre.

The vehicle was said to have skidded off the road and unfortunately ran crashed against a man washing his tricycle before somersaulting into a ditch.

Unfortunately, The impact led to the death of the driver and passenger in the car as well as the tricycle operator.

Their remains have been deposited at the Epe General Hospital mortuary by responders from the Odo-Noforija Police division headquarters, Epe, and LASEMA officials.