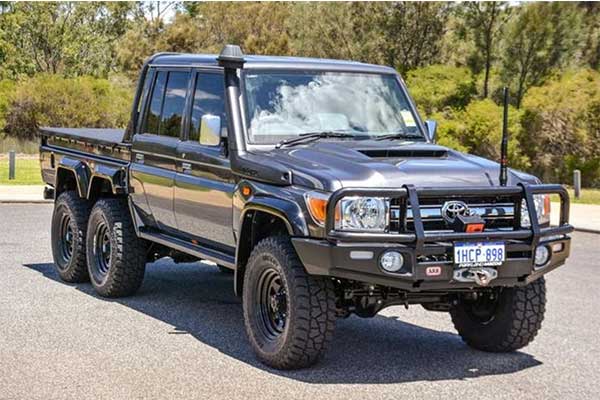 We have seen many 6×6 pick-up trucks from Mercedes to Jeep but how does a Toyota Land Cruiser 6×6 sound??? Well, here it is. This 6×6 is not for show as it is as capable as it looks so we should expect serious offroading attributes. Unlike Mercedes that is made in-house, the Land Cruiser 6×6 is made by an Australian based company JMax Engineering.

The Land Cruiser 6×6 started life as a 2019 Toyota Land Cruiser GLX 70 Series Cab Chassis before being converted into an obscene six-wheeled off-roader. The conversion includes chassis upgrades such as a chassis brace kit and JMACX heavy-duty adjustable lower control arms. In addition, a brake line and bracket kit are also fitted. Other upgrades include a 6×6 bolt kit, a floating axle kit and a heavy-duty jackshaft. Rear Fabricated differential housing, an adjustable rear sway bar and link kit complete the package. Furthermore, a front-mounted bulbar is added to give the Land Cruiser 6×6 a meaner look. The suspension has been lifted by two inches to increase the SUV’s ground clearance.

Under the hood is Toyota’s 4.5-litre turbo intercooler 8-cylinder diesel powerplant, which is said to be good for 202 hp and 317 lb-ft of torque. It is paired with a 5-speed manual gearbox and only has 12,212 miles on the clock (this particular model). We are made to understand that this model was a limited one with only 100 units produced. The Land Cruiser 6×6 isn’t cheap as it cost a whopping  $145,297 (more than₦55m) excluding import fees. 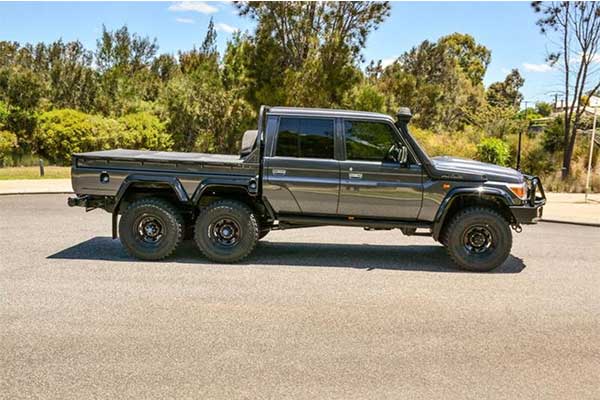 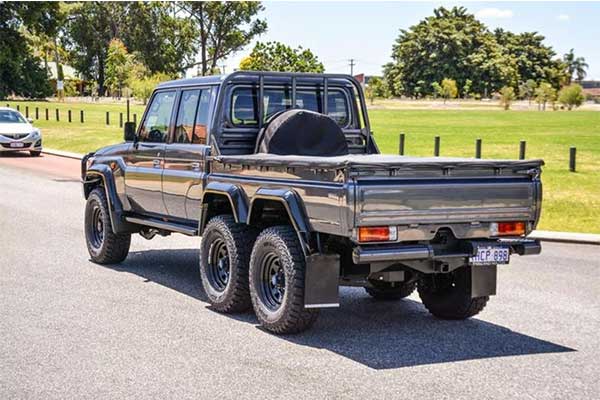 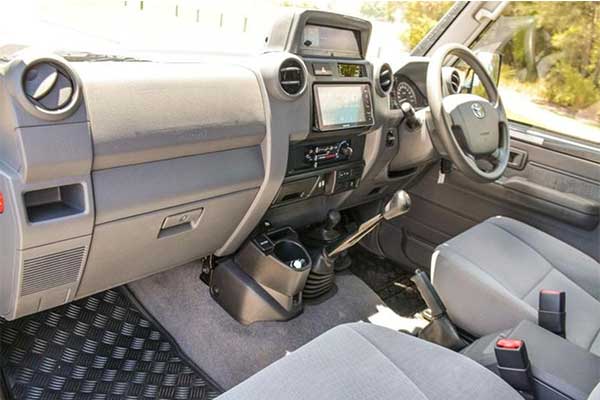 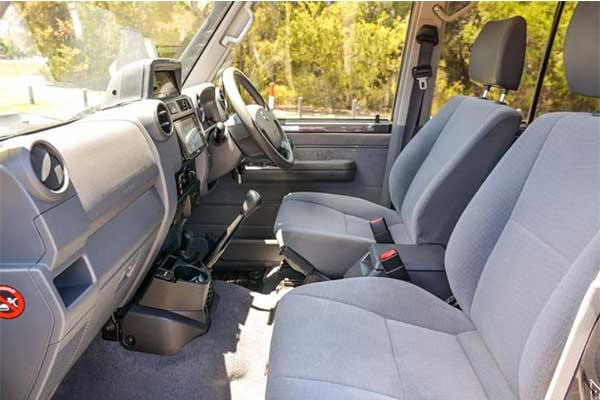 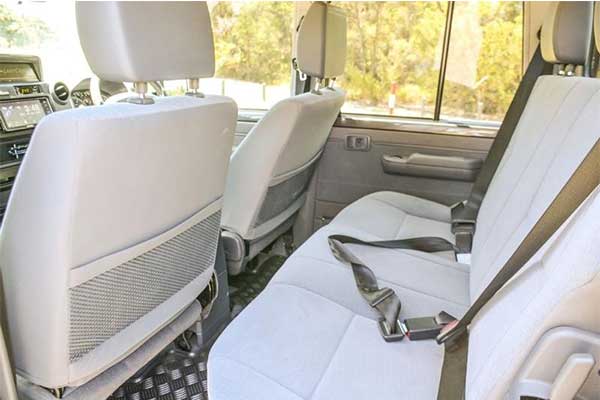