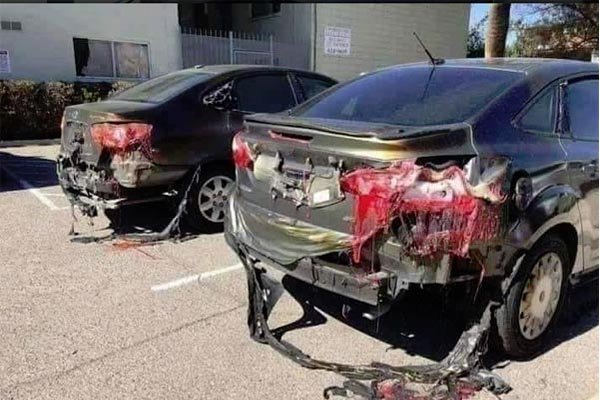 A photo of some cars with melted chassis has been circulating online.

According to the riding message, the cars melted due to an extreme heatwave in Kuwait.

According to the message, “Kuwait on Saturday recorded the highest temperatures in the world; reaching up to 63 degrees Celsius under direct sunlight.”.

A fact check shows that the information is false.

According to our findings, this particular photo has been circulating over the years. It has previously been attributed to Saudi Arabia and Arizona.

The image was actually captured in the aftermath of a fire at a construction site in Tucson in Arizona in June 2018.

The extreme heat from a nearby building at the burning site caused the melting of the cars, not a heatwave.