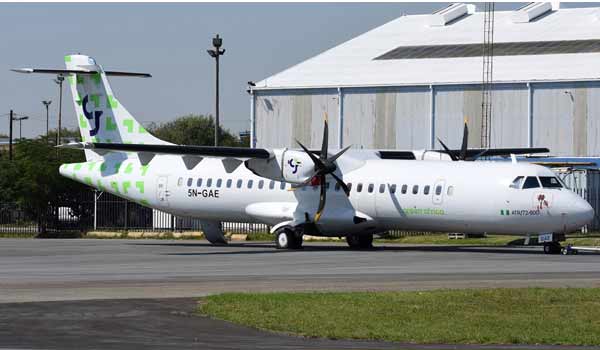 Green Africa has announced its launch route network ahead of entry into service. With plans to commence operations from its Lagos base at the General Aviation Terminal (GAT), Green Africa will launch flight operations to connect seven cities after completing its ongoing Air Operator Certificate (AOC), currently at advanced stages at the Nigeria Civil Aviation Authority (NCAA).

Founder and Chief Executive Officer of Green Africa, Babawande Afolabi, said they are crafting a network plan that will allow more customers to pursue their economic interest or simply spend more time with family and friends.

Green Africa recently received its first aircraft with the second and third aircraft expected to arrive soon. Facilities and infrastructures are now in place to support commercial flight, and airport operations.

Green Africa recently took delivery of two ATR 72-600 aircraft in preparation for the commencement of demonstration flights. The aircraft, with registration, marks 5N-GAA and 5N-GAE, are two of the 15 expected by the airline.

Hamas Rides In Toyota Hilux Trucks During Military Parade To Show Off Force, After Ceasefire With Israel