How long can the engine inside a Ford Focus, Peugeot 206 and Honda Civic last without oil? See how long Civic went before surrendering.

CarWow pits three cars from different brands against one another to let you see the importance of oil in a car engine. 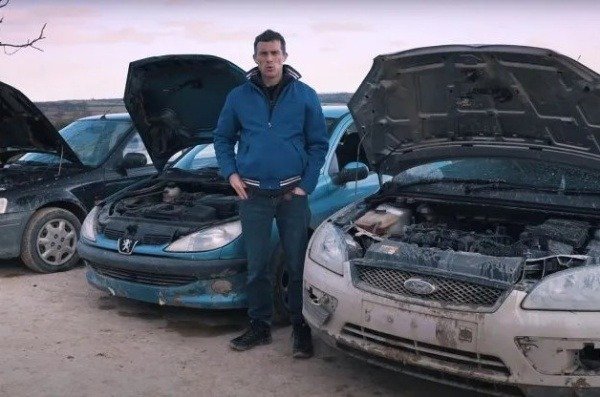 Can you run your car engine for a long without an oil? The answer is definitely no. The presence of oil and its distribution is absolutely crucial as it keeps all engine parts lubricated and cool.

Engines can work without oil, but the effect is so damaging that they might not last for 5 minutes until they fail – in most cases, they surrender a lot quicker.

To let you see the effects of lack of oil in a car engine, CarWow pitted three cars from different brands against one another.

The video starts with the guys from CarWow draining the crucial fluids, including the oil and coolant, in a Ford Focus, a Honda Civic and a Peugeot 206.

As part of the test, a rock was used to press down the accelerator to keep their engines revving until the very end.

As you would expect from this kind of torture test, the engines didn’t last long. The first victim was the US-made Ford Focus, which surrender after just 20 seconds.

Next on the line was the Peugeot 206. The French car managed to run for 47 seconds i.e 27 more seconds than the Focus.

When it got to the turn of the Civic, the iconic Japanese car kept going strong for over a minute.

The Honda model even managed to make several laps around the test area before it finally gave up at 6 minutes and 22 seconds.

While you’d assume that the engine was dead, CarWow put Mentos and Coke into it, restarted it, and even ran for a while before finally surrendering.