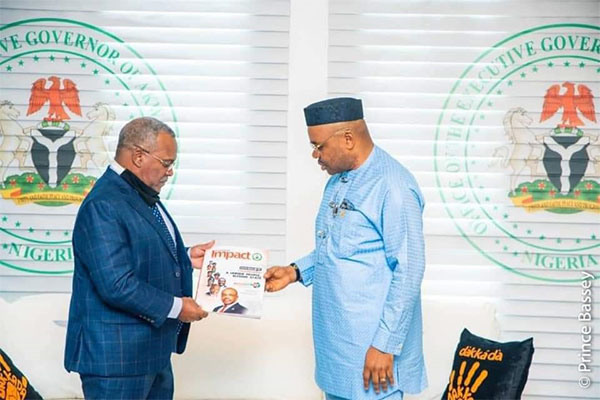 In a bid to develop aviation, the Akwa Ibom State Government has indicated readiness to collaborate with the Republic of Trinidad and Tobago. In the meantime, other reasons for the collaboration are tourism, agriculture and industrial estate to boost its economy.

This was the hallmark of bilateral discussions between the Governor Udom Emmanuel of Akwa Ibom State and the High Commissioner of the Republic of Trinidad and Tobago to Nigeria, Mr. Wendell Vincent Carlton De Landro. The meeting held during a courtesy call on the Governor at Government House, Uyo. 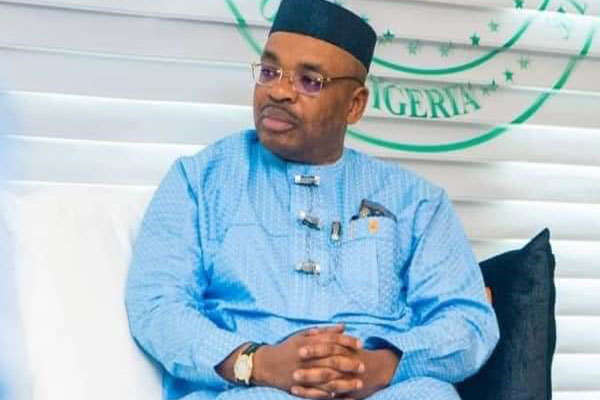 Governor Emmanuel appreciated the Republic of Trinidad and Tobago’s interest in the state’s budding aviation industry.  Also, he praised them for their readiness to be committed to the areas of economic ventures. He also stressed that his administration has repositioned the state for such collaborations. This is in view of the recorded strides in industrialization and other gateways of development.

He disclosed that his administration is working out modalities with multinational companies towards kick-starting the state industrial park. This would materialize especially with the planned commencement of a Seaport and International flights operations.

“We are working on a lot of things that will involve a lot of countries. It will be a very good synergy.

“We are thinking of establishing about thirty to thirty-five industries in a cluster. However, the post COVID-19 challenges may pose a problem. Even at that we may have about fifteen industries depending on the outcome of our next meetings. 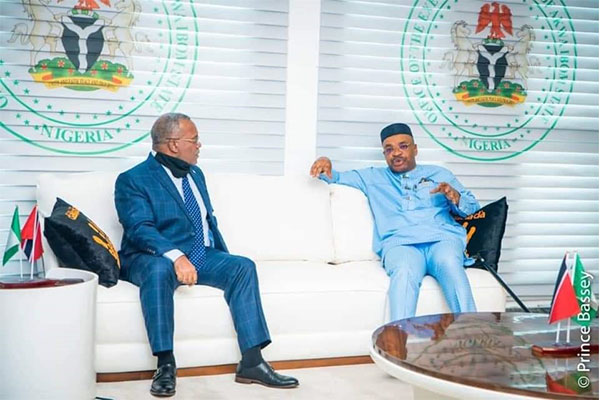 “I’m going to start by January. We’ve cleared the site. We’ve made provision for 24 hours electricity and water is not a problem”, the Governor explained.

He told the visiting envoy that the state is on the verge of hosting the smartest airport terminal building in the continent. He added that the state airline, Ibom Air will commence international flights for passengers and cargo early 2022.

Earlier, the High Commissioner, Mr. Wendell De Landro, commended the state vision of floating and sustaining the Ibom Air. He emphasized that his home government has interest to collaborate with the state. Meanwhile, the interest lies in the area of direct flights operations between Nigeria and his country. This would be through the state-owned airline and to further discussions for establishing an industrial estate in Akwa Ibom.

De Landro spoke of Trinidad and Tobago as a small twin island in the Caribbean. He pointed out that country has a lot of people engaging in various professions. They  observe that the state was fast transforming into an industrial hub. He attested that the state has rich agricultural resources that forms the state’s staple food.

The Diplomat expressed intention of his home government to use the state aviation channel to establish a trade line between Akwa Ibom and Nigeria.

Highpoint of the visit was the presentation of Souvenir by Governor Udom Emmanuel to the visiting envoy; Mr Wendell De Landro. 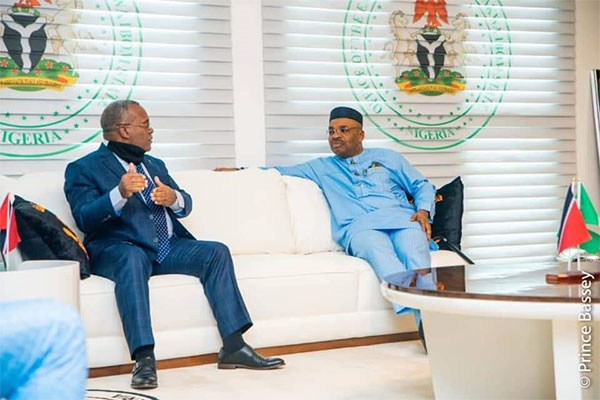 NPF Rolls Out 10 Things That You Need To Know On The Position Of The IGP On FSARS, Others (PHOTOS)