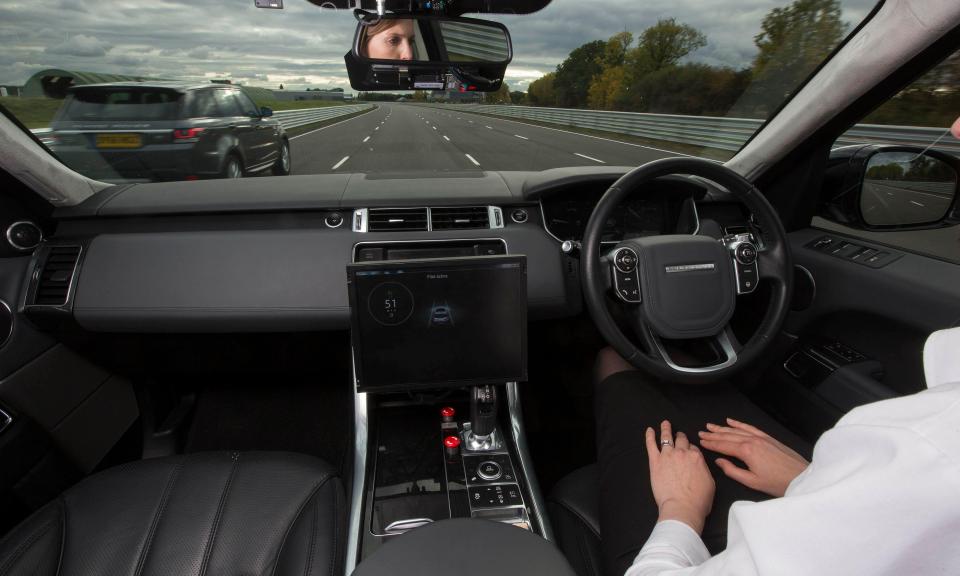 The Jaguar’s Driverless Range Rover which was unveiled recently is a car that can drive itself around a city and even respond to traffic and could be on the roads in a matter of months.

The Range Rover Sport‘s space-age technology even lets it negotiate T-junctions and roundabouts and make way for approaching emergency vehicles.

It is part of a £20million Government-backed project designed to keep Britain in the forefront of driverless car design.

The Sport is one of a series of vehicles that was being demonstrated at the Horiba Mira testing ground in Nuneaton before going on to official road trials later this year and made available for purchase in a matter of months. .

It uses two cameras mounted at the front of the car to act as its eyes.GPS antenna on the roof help it locate itself.

Road conditions,live traffic and parking availability can also be transmitted through the connected system that uses sophisticated wifi.

Jaguar Land Rover has already demonstrated Level 2 and Level 3 self-driving technologies, and its ultimate goal is Level 5, where a vehicle can perform all driving operations without a human in the cabin.For example,it should be able to drive itself to a remote parking location and back to pick-up passengers.

The manufacturer is also working on autonomous technologies for offroad driving,using sensors that scan the road and detect changes in terrain up to 16.4 feet (5 meters) ahead, adjusting the Terrain Response setting to cope with new challenges.

Mercedes-Benz Is Rated The Most Valuable European Premium Automotive Brand