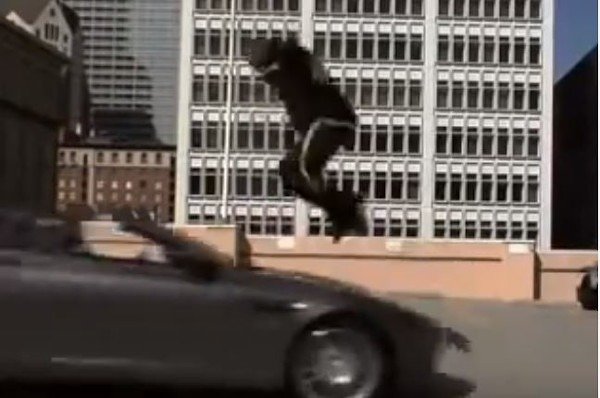 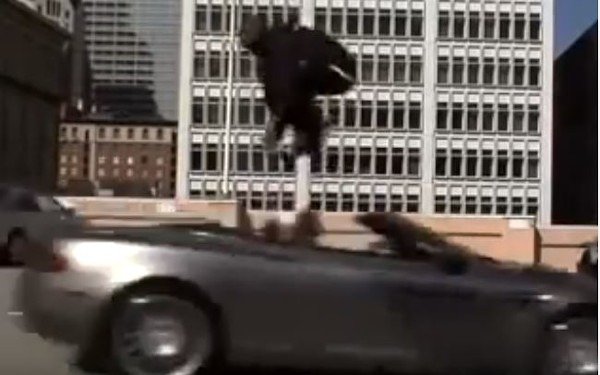 Legendary basketball player, Kobe Bryant displayed his jumping skills back in 2008, when he jumped over an Aston Martin.

The video was said to be an advert for the Nike Hyperdunk basketball sneakers. In the video, Bryant held up his new signature shoe, the Nike Hyperdunk. He laced it up and faced the car saying.. I got this. Come on. bring it down!”

The late basketballer performed what looked like a magic by jumping over the speeding car. After the jump, Bryant said, That is how you jump over an Aston Martin boy, that’s how you do it. Hyperdunks!”. He ended the video by saying “Do not try this at home”.

Meanwhile, many believe the stunt was a carefully choreographed Nike commercial. Some called it fake. Some believe the car simply drove by beside him.

Bryant also hinted that it was a mere stunt when a reporter asked him, “How’d you jump over that car?” Bryant responded, “Hollywood, baby!”

Kobe Bryant died on Sunday, 26 January, in a helicopter crash in Calabasas, California.

The crash happened, around 30 miles (48 kilometres) northwest of Los Angeles.

The helicopter was carrying former basketball player Kobe Bryant, his daughter Gianna, six family friends including baseball coach John Altobelli and his wife and daughter, and the pilot. All nine on board (including the pilot) died in the crash.

Bauchi State Number Plate Codes And What They Mean