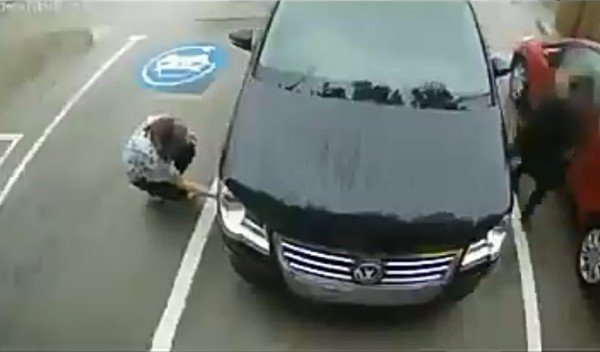 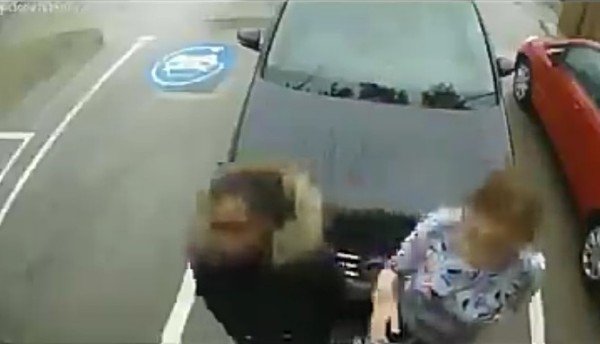 Caught On CCTV…
Just when you think you have seen it all , a lady (and her friend) drove a petrol powered Volkswagen car into an electric car charging station (which was a bad idea to start with) and attempted to inflate the front tyres with a fast DC Charger.

After several attempts in trying to figure how to inflate the tyre with a CCS Combo 2 plug, she tried with the standard CHAdeMO plug and that didn’t help either.

Their actions is hilarious but sad at the same time. Since going EV, one will assumed most Europeans and Americans knows what charging stations look like. I guess lots of work and education is needed here.

Last December, a lady also tried to stick a fuel pump nozzle into an all-electric Tesla Model S charge port .A guy ,who actually filmed the whole episode, later walked up to her and explained to the battery-powered car needs an electric charge from an EV charging station and not a petrol/diesel .