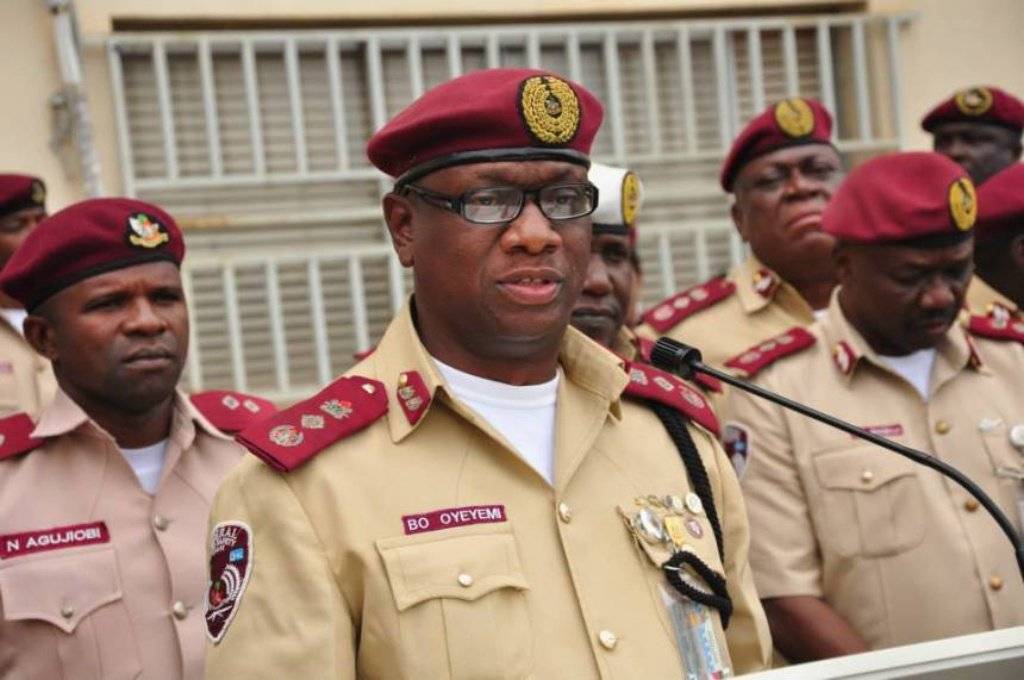 The United Nations Secretary General’s Envoy on Road Safety, Mr Jean Todt has described the Federal Road Safety Corps (FRSC) as an inspiration for other African countries and called on them to emulate the Nigeria’s example in dealing with the menace of road traffic crashes in the continent. The Special Envoy made the remark during his courtesy visit to the Vice President, Professor Yemi Osinbajo at the State House Abuja.

Mr Todt who was the Guest Speaker at the 7th edition of the FRSC annual lecture series thanked the people and government of Nigeria for the warm reception accorded him and members of his entourage. He described the FRSC annual lecture series as a positive initiative capable of generating public awareness on issues of road safety, noting that the lecture was a huge success. According to him, he was impressed with the organisational structure of the FRSC, its enforcement capability and investment in human capacity development which makes it possible for provision of ambulance and rescue services on the nation’s highway.

He commended the Nigerian government for the huge investment made in road safety, saying what he has seen in the country has allayed his fears about the growing menace of road traffic crashes in developing countries, particularly in the African continent. He called for concerted efforts to achieve success in the campaign for use of crash helmet, avoidance of use of phone while driving and drunk driving, expressing optimism that with appreciable success in these areas of the road safety campaign, the nation could meet the target of the UN Decade of Action on road safety: 2011-2020.

Mr Todt further disclosed that the UN has worked on a number of conventions which he would he be availing the FRSC to enhance its capacity for enforcement and appealed for sustained government support through improved investment in road infrastructure and education.

In his remarks, the Vice President, thanked Mt Todt for visiting the country and accepting to serve as the Guest Speaker at this year’s edition of the FRSC annual lecture series. This he said was an indication of the Envoy’s interest in road safety matters especially in Africa, and commended him for his untiring efforts to encourage African countries to set up their own road safety lead agencies. He restated the commitment of the Nigerian government to road safety campaign, noting that the last approval given to the Nigeria Road Safety Strategy Document by the National Economic Council and the inauguration of the National Road Safety Advisory Council all point to the nation’s readiness to tackle the menace of road traffic crashes with political will of the government.

The Vice President identified attitudinal change as the major threat to the success of road safety campaign in the country, saying issues like the use of seatbelt, speeding and drunk driving are attitude-related and could be addressed through positive attitude change by people. He emphasized that Nigeria has enough rules to adequately address its road safety challenges, and stressed that the FRSC is being strengthened to deal adequately with the challenges of enforcement. He further commended the leadership of the FRSC for restoring sanity to the nation’s roads through education and enforcement and pledged continuous support of the Federal Government to make it perform more efficiently.

In his separate meeting with the Ministers of Health, Professor Isaac Folorunsho Adwole and that of Works, Power and Housing, Babatunde Raji Fashola, the UN Envoy restated his appreciation to the government and people of Nigeria for the commitment to issues of road safety and called for greater collaboration with relevant stakeholders to achieve harmonious national result in road safety campaign in the country. The Minister of Health in his remarks promised to address the problems associated with hospital rejection of crash victims as well as the operations of the Roadside clinics established by the FRSC, but which have been enjoying massive patronage from the host communities who rely on them as their source of primary healthcare.

The Minister of Works, Power and Housing on the other hand, gave assurances of government’s investment in road infrastructure and signage, but emphasized the need for the World Health Organisation (WHO to accept the nation’s crash data as presented by the country as the authentic representation of the nation’s status instead of insisting on its own source which creates credibility problems for the country’s data. According to him, as a sovereign nation with independent enforcement and rescue institutions, coupled with its management of mortuaries, it behooves on other outside institutions seeking for the nation’s crash status to accept what the country’s lead agency presents as its authentic data. He promised to work with the FRSC to address some of the logistic needs of the Corps for enhanced performance in traffic management.

At the FRSC National Headquarters, where Mr Todt interacted with members of the Management, he called on them to sustain their spirit of teamwork and collaborate more with relevant stakeholders to harmonise the various elements of road safety for cohesive national benefit. He promised to showcase the Nigerian road safety lead agency example to other African countries in his subsequent international engagements on road safety. The UN Envoy who was taken round the FRSC Call Centre and Information Technology Centre (ITC) to familiarize himself with the array of facilities lined up for effective traffic management in the country, praised the FRSC leadership for its exemplary operations in Nigeria and Africa.

The Corps Marshal of the FRSC, Dr Boboye Oyeyemi in his remarks appreciated the UN Special Envoy for sharing his experiences with the country, and promised that FRSC will remain committed in its determination to reducing the rate and fatality of road traffic crashes not only in Nigeria but within the West African sub-region through the platform of the West African Road Safety Organisation (WRSO). He assured that FRSC will continue to work with the World Bank and other relevant agencies for an acceptable crash data for the country.

Would You Buy This McLaren F1 For N5.8 Billion? (Photos)