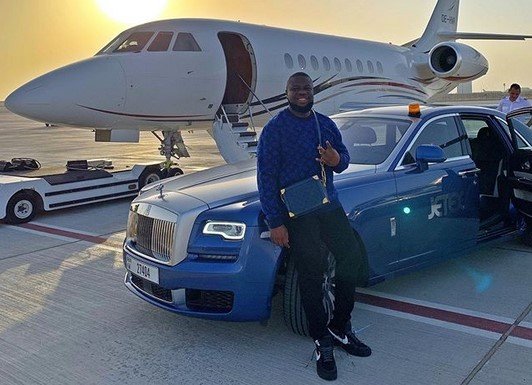 6 months ago, Ray Hushpuppi acquired a Bentley Bentayga and some days after, he got Rolls Royce Wraith Black Badge. As if that’s not enough, he added a Mercedes Maybach S560 to the fleet of luxury cars.

Just a while ago, he posted a picture of a limited edition Ferrari 458 Italia on his Instagram page where he said it’s his new baby. According to what he said, only ten of that Ferrari will be produced and he owns one of them.

Some time in the past, some people doubted he owns the cars he posted on his Instagram stating he was just flaunting rental cars. The self proclaimed Gucci master went all in to prove some people beyond every reasonable doubt. 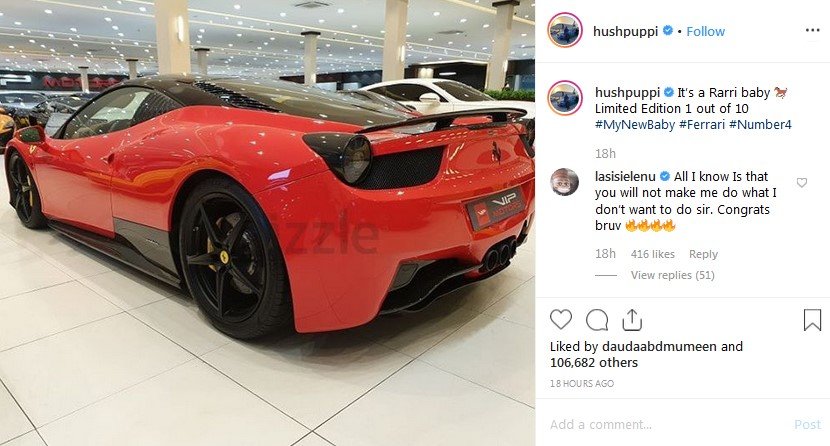 The Ferrari 458 Italia is powered by a 4.5-liter V8 engine that produces 570 horsepower. It also uses a 7-speed dual clutch transmission. It comes with steering column-mounted shift paddles that allow for extremely quick gear changes.