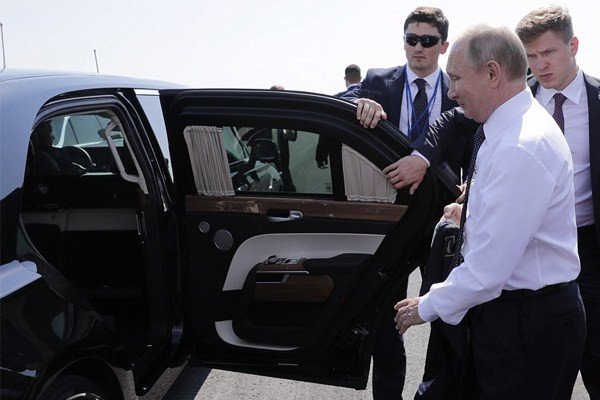 Both Russia’s Vladimir Putin and US’s Donald Trump place great importance on appearance as they try hard to present themselves as powerful and confident leaders.

The two leaders met during their historic meeting in Helsinki few days ago . Not to be outdone , Vladimir Putin also brought his new Russian-made Aurus Senat Kortezh Limo, first unveiled at his inauguration in May, for its first official visit outside Russia . 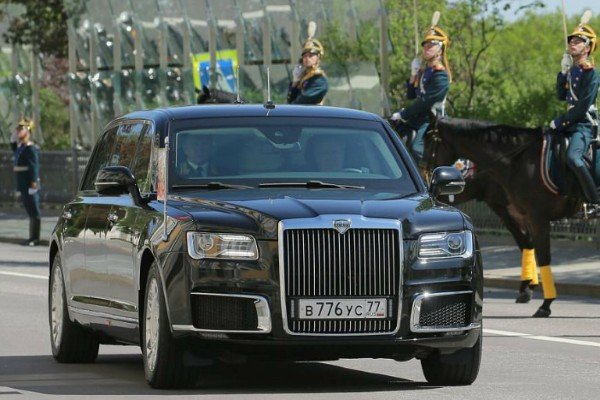 The tank-like limo which can keep it’s occupants safe when fully submerged in water ( the Russians are experts in Submarine) was used to ferry the President from the airport to the Finland’s presidential palace.

Putin from airport
Two of the 6 tons Limos could be seen in the short clip with one acting as a decoy and a spare and the other with Putin.

The Central Research and Development Automobile Institute (NAMI) built Limo is covered in armor plating and runs on Kevlar tyres to keep it going when shot.

But unlike the U.S. Presidential Beast, the Kortezh was built with one eye on the export market.
Russia hopes to recoup some of the over $300m (N108b) invested through international sales. 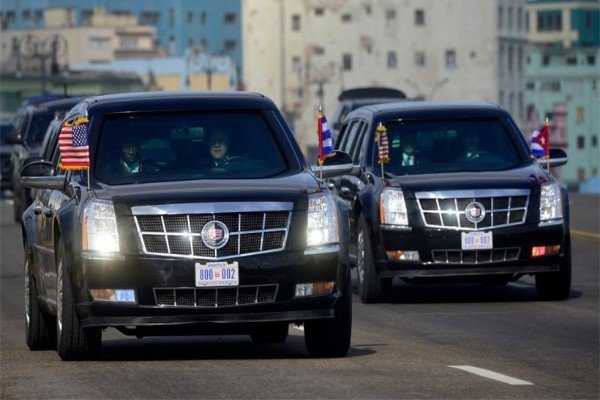 The US presidential Limo also has its own special features. The doors have no keyholes and can only be opened by the Secret Service agents . The two Beast Limos that always travel with the president are also equipped with Kevlar tyres and can withstand almost any weapon thrown at it.