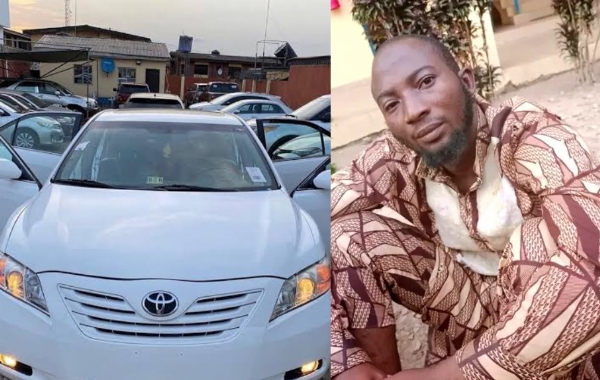 26 year old suspect says it was luck and not charm after buying a Toyota Camry sedan worth ₦2.6m for ₦2,650.

Osun State Police Command says that the Toyota Camry was recovered from a painter’s workshop in Iwo.

The Command said the painter was already changing the colour of the car from green to gold as instructed by the suspect. 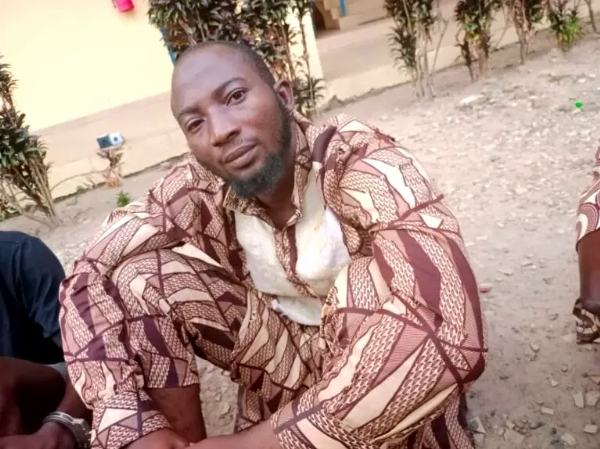 Suspect, Abdulazeez Ibrahim, says it was luck and not charm after buying a Toyota Camry worth ₦2.6m for ₦2,650

The Osun State Police Command has arrested a 26 year old suspect, Abdulazeez Ibrahim, who reportedly paid ₦2,650 to a dealership to buy a Toyota Camry sedan valued at ₦2,650,000.

The suspect, who was paraded at the Osun State Police Command Headquarters in Osogbo at the weekend claimed he never used a charm but tried his luck by transferring ₦2,650 instead of the agreed price of ₦2,650,000.

Abdulazeez, who claimed that he owned a motorcycle and a small Mazda car but needed to get a bigger car, said :

“I owned a motorcycle and a small Mazda car. But on a Friday last month, I left Iwo for Osogbo on the motorcycle to get a bigger car. I got to a dealer and negotiated Toyota Camry car, we agreed on ₦2,650,000 but I transferred ₦2,650 to his account.

“He gave me the car documents and left. I drove it straight to Iwo and later came back to Osogbo to pick my motorcycle.

“I did not use any charm to buy the car, it was just luck. I just summoned the courage to transfer the money to him and he handed over the car. I drove the car to the printer in Iwo to repaint it to another colour after a little bodywork on the rear bumper. And I was arrested by police before the painter completed his job”, he said. 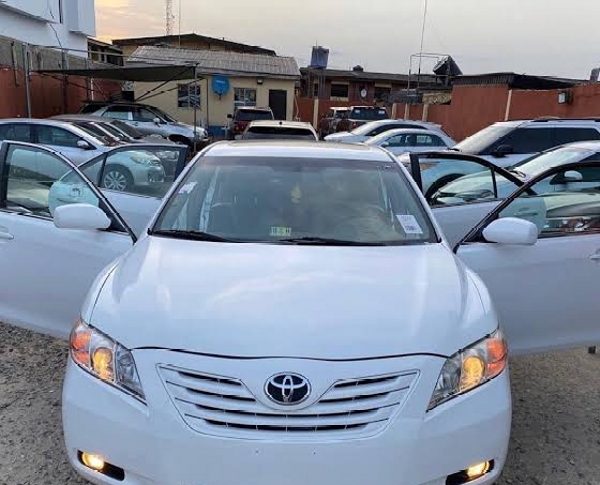 Note : Picture is for description and not the exact Toyota Camry

According to the Osun State Commissioner of Police, Olawale Olokode, detectives swung into action immediately after the case was reported to the command by the car dealer, Kazeem Ogunjobi.

The police boss said that the Toyota Camry car was recovered from a painter’s workshop in Iwo, adding that the painter, Olayinka Bashir, was already changing the colour of the car from green to gold as instructed by Abdulazeez.

The Osun State Commissioner of Police, while addressing journalists, said that the suspect will be charged to court after the completion of an investigation into the case.

In Japan, You Must First Prove You Have A Parking Space Before You Can Buy A Car