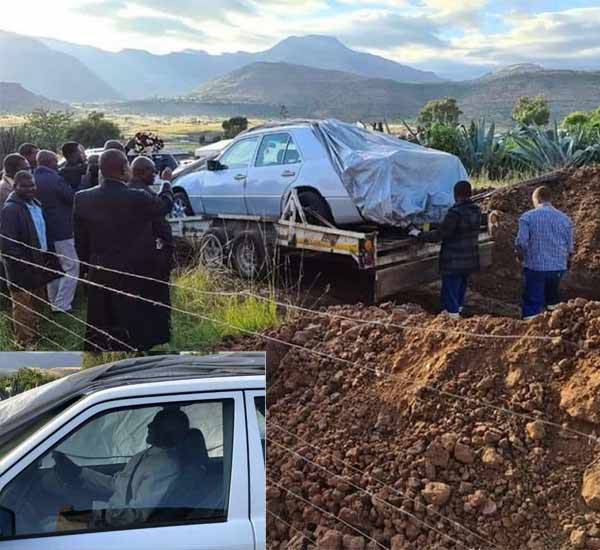 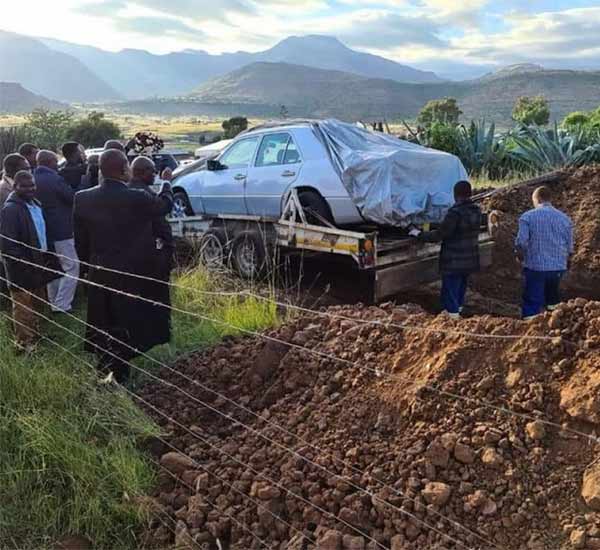 A South African politician and businessman was buried inside his favourite car, a Mercedes Benz.

Tshekedi Pitso loved his Mercedes Benz so much that he only had one last wish before he died, that he was buried in it. He got his wish.

Pitso was dressed in a white suit with his hands on the steering wheel of the Benz and seatbelt buckled when he was lowered into his grave. 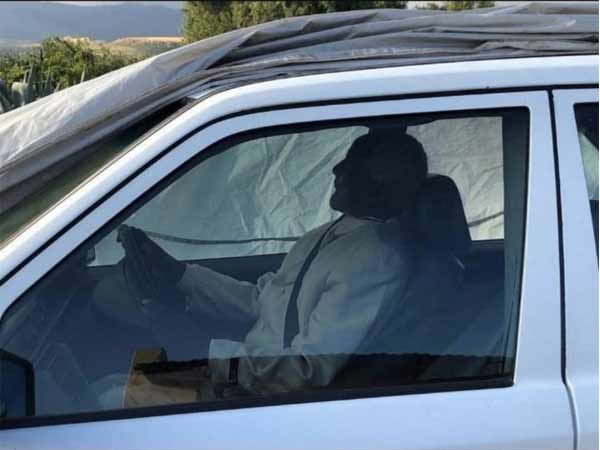 Images of people tucking him inside the car and then covering it with a satin white cover and bouquet have been going viral since the day of the funeral in 2020.

The unusual coffin saw several people gathered at the burial site despite the lockdown in place due to the coronavirus outbreak. 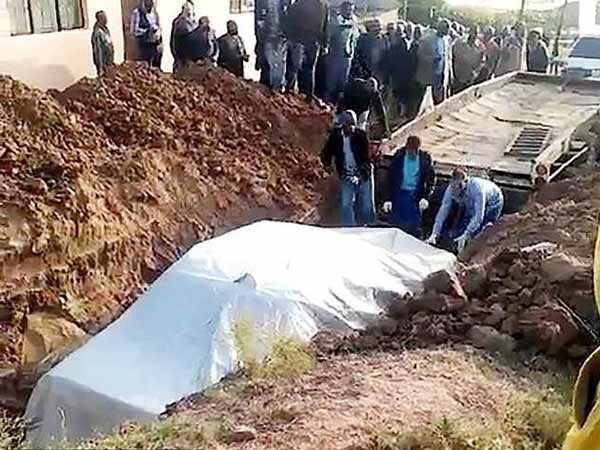 A politician, Mfundo Nqata Bongela, wrote a long tribute to Pitso, who, according to him, was “a flamboyant character until death”. “I’m [not] surprised that you asked to be taken to your final resting place in your favourite Mercedes Benz,” he added.

Pitso’s niece Sefora (Pitso), 49, said that while the family was shocked at his unusual demand, they fulfilled his last wish. “My uncle made it clear that he wanted to be buried inside his car. He was a lover of Mercedes Benz and as a family, we had to grant him his wish,” she said.

Fuel Scarcity In 1974, See Cars In Vogue In The 70s As Nigerians Queue Up To Buy Fuel (Video)