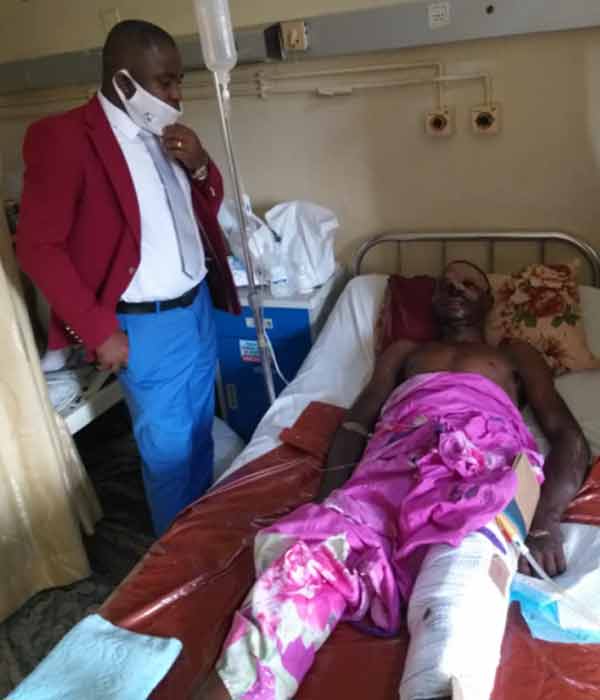 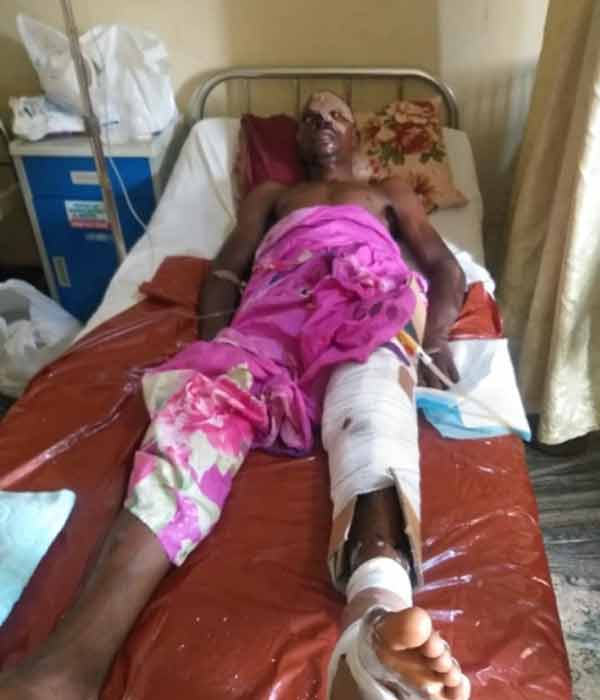 A VIO official is battling for his life after he was hit by a truck, NaijaCover Reports.

From The Information Gathered By NaijaCover, Mr Udunobun Otaigbe, an official of the Directorate of Road Traffic Services (DRTS), otherwise known as VIO, is the Truck Timing Unit Head of the DRTS on the Kugbo stretch of the Abuja-Keffi road.

He was hit at Karu bridge by a truck with a Guinness label driven by one Wilson Aniete.

The driver of the Mitsubishi truck with registration number AAA 477 XB had allegedly flouted the truck timing regulation on the road and was trying to evade arrest when the incident happened on Friday, June 11.

There has been a standing FCT ministerial directive that heavy-duty trucks should not ply the road in the mornings and evenings when workers were either going to work or returning home after work hours.

The truck driver was stopped for flouting the directive and he parked by the roadside. However, he is alleged to have suddenly started the vehicle and rammed into the officer who had turned his attention to other things.

Eyewitnesses chased the truck driver who couldn’t go far because of traffic congestion.

Officials of the Federal Road Safety Corps (FRSC) and other security personnel arrested the driver and took him to the Karu Police Division.

Meanwhile, the VIO official, who sustained a broken bone on the left leg and bruises on his face and hands, was taken to the hospital and admitted to the intensive care unit of Asokoro District Hospital, Abuja.