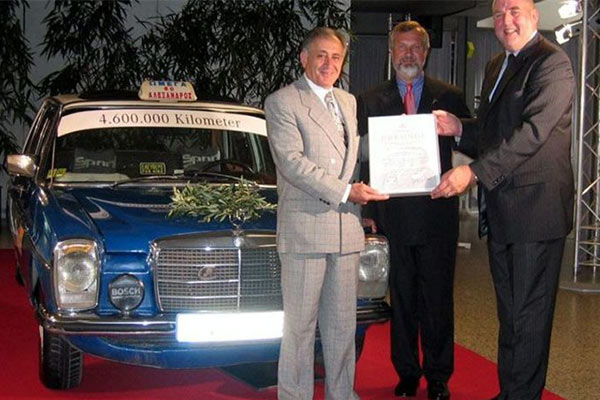 The World Record for a Mercedes car with the highest mileage belongs to a 1976 Mercedes 240D who had 4.6 million-km on the odometer.

He finally surrendered his 1976 240-D to the Mercedes-Benz Museum Collection, and received a brand new C 200 CDI in return. 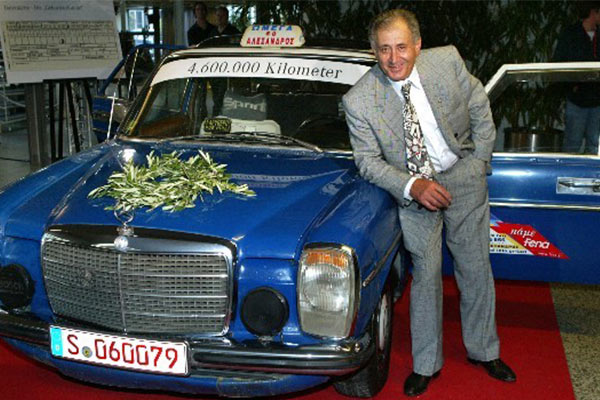 A 1976 Mercedes-Benz 240D holds the record for the highest mileage car with the star in the world. The automobile retired and now lives its pension years in the Mercedes-Benz Museum, telling stories of reliability.

This Mercedes-Benz W114 rolled off the assembly line in October 1976. Greek taxi driver Gregorius Sachinidis took home the 240D in 1982 when it had already clocked about 200,000 kilometers.

From that moment on, there wasn’t a single day that the car stayed parked in his driveway. It simply drove around every day, carrying customers from one place to another around Thessaloniki. By 1988, it already clocked up to 1 million kilometers. The years passed, the kilometers added on.

Gregorius took good care of his Benz. Replacing parts and changing fluids every once in a while, he ignored no rattle, no clatter. He made every tiny scratch or dent vanish to keep rust at bay. And fast forward to mid-2000, the odometer read 4.6 kilometers. These were the figures that made Gregorius famous and put his car in the books of history of the automotive industry.

If you’re asking how he did it, well, consider two engine swaps over the years. No wonder, since there were periods of time the car drove for 24 hours several times a month. Gregorius also served a noble purpose. During the war in the Balkans, he drove between Thessaloniki and Belgrade times and times again, carrying medical supplies. 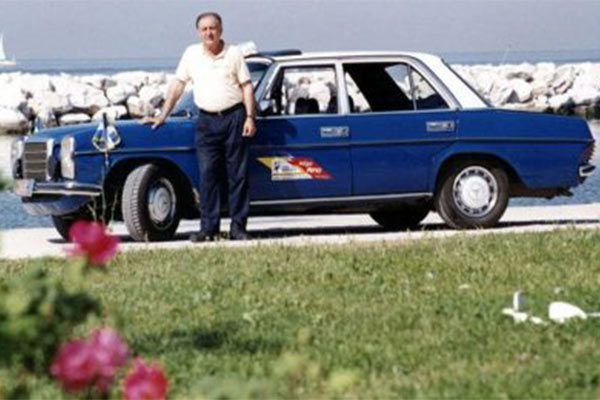 It was 2004 when the Greek taxi driver decided to hand his car to the Mercedes-Benz Museum. He received a C200 instead. Yes, a downgrade, but the move served a noble purpose once again. The Mercedes-Benz W114 is now the highest mileage Mercedes-Benz in existence and is on display at the company’s museum.

It tells stories about how they used to make cars back then. His grand-grandchildren, marked by downsizing and state-of-the-art technology listen in awe. True, they don’t make cars like they used to anymore.