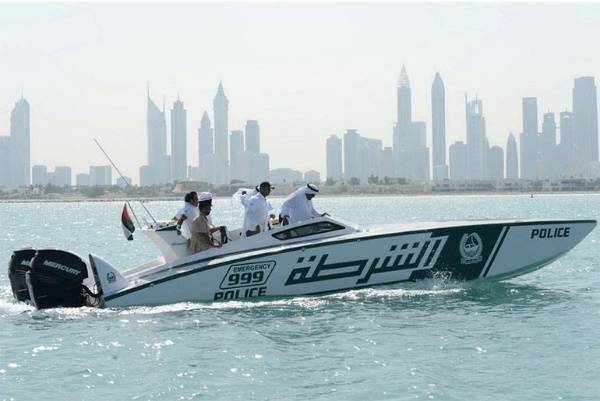 The new speedster was gifted to the Police department by the Dubai Crown Prince- Sheikh Hamdan.

Its two 350-horsepower engines allows it to tear through the water at a speed of 170 kmph.

It will help Bugatti Veyron, Aston Martin One-77, and Bentley in Police fleet in making sure Dubai is crime free. 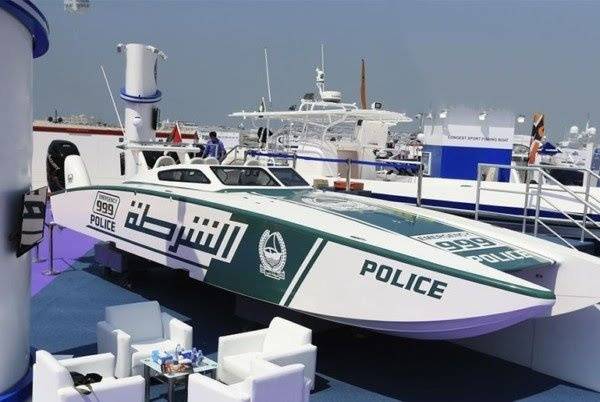 The Police Force in oil rich Dubai, in UAE, already has a fleet of the world’s most expensive and fastest police cars.

Now, the department is now enlisting the services of a super boat that has now been declared the ‘World’s Fastest Police Boat‘.

The new speedster, HP 2014 XCAT, worth a whopping $400,000, was gifted to the department by the Dubai Crown Prince Sheikh Hamdan.

Powering this 700-horsepower HP 2014 XCAT are two outboard four-stroke 350-horsepower engines. It allows this boat to tear through the water at a speed of 170 kmph.

Dubai-based Social media Influencers Supercar Blondie recently had the privilege to get behind the wheels of “World’s Fastest Police Boat “.

Footage shared online demonstrates that the 700 horsepower XCAT speedster is truly a “Lamborghini” supercar on water.

In addition to catching criminals, the speedster is also designed for rescue operations. Its two seats has been converted to accommodate four occupants.