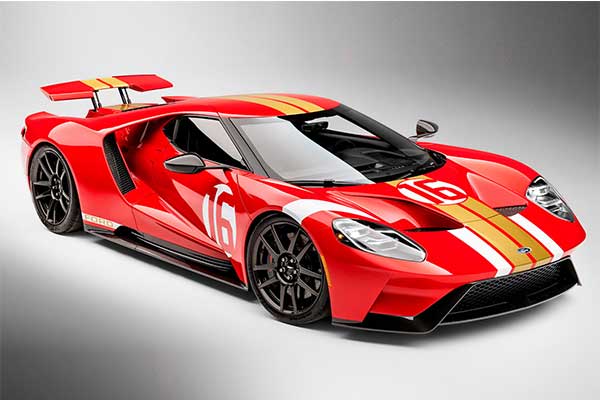 To think that the Ford GT has been around for 7 years now will get a lot of people thinking about what happened and why it isn’t as popular as the Mustang? Well, that is because it’s a very costly piece of machine with slow sales and not many of the cars in the used market (Ford didn’t produce lots of models due to they were basically limited).

The Blue Oval company is drawing the curtain close to an iconic supercar and to do this, they have launched a Heritage Edition. The special model is paying tribute to Alan Mann Racing’s lightweight racing prototypes from 1966 while highlighting the importance of prototypes in the development of the race-winning GT. 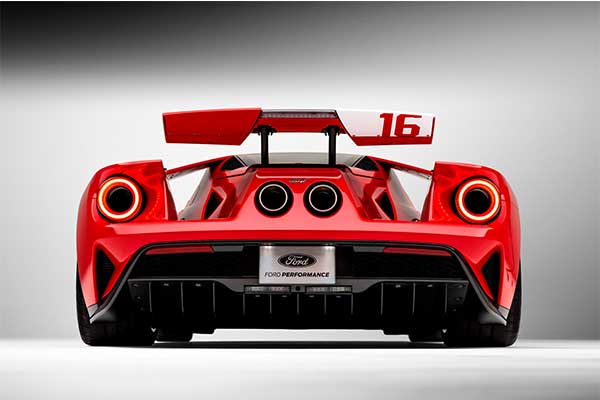 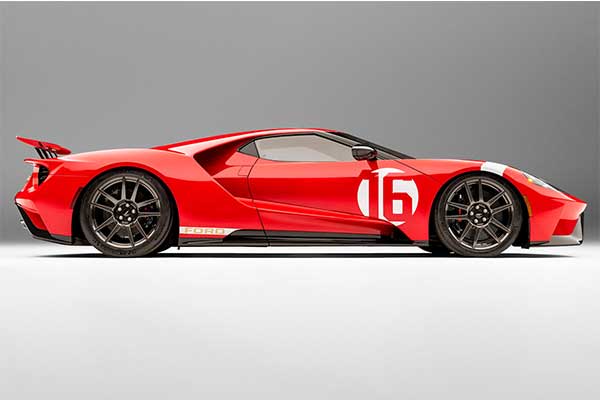 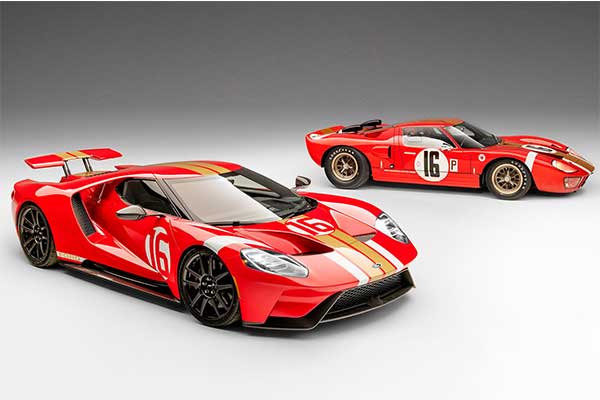 The 2022 Ford GT Alan Mann Heritage Edition continues this tradition of lightweight design with its lightweight carbon-fibre body, and proudly wears the red and gold colours of the original AM GT-1. The exterior design also features a dual over-the-roof racing stripe, Frozen White accent stripes, and Alan Mann’s No. 16 decal on the doors, hood and rear wing. To add some contemporary flavour, Ford has also added some exposed carbon fibre to the splitter, engine louvres, side sills, mirrors, and rear diffuser. The car rolls on a set of stunning 20-inch wheels which hide red Brembo brake callipers.

Inside there is plenty of exposed carbon fibre combined with black Ebony Alcantara upholstery on the steering wheel, instrument panel, headliner, pillars, and seats. The latter features gold and red stitching, plus the GT logo embossed on the headrests. Discreet gold accents can be found on the dashboard while the paddle shifters are finished in Alan Mann Red. Only 250 units will be made and production will officially end in December 2022.

Performance remains unchanged. Mid-mounted behind the GT’s passenger compartment is a 660-horsepower, twin-turbo 3.5-liter EcoBoost V6 that helps the Ford supercar get to a top speed of 216 mph. 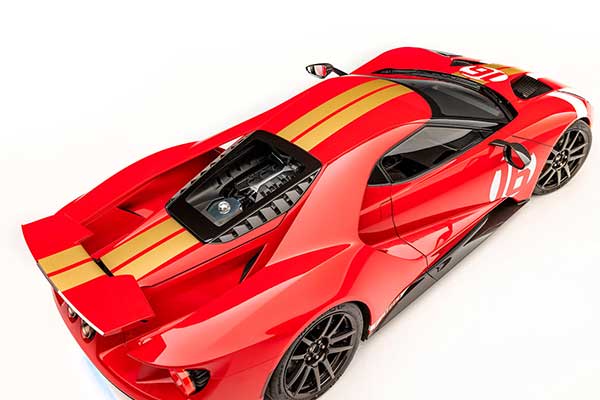 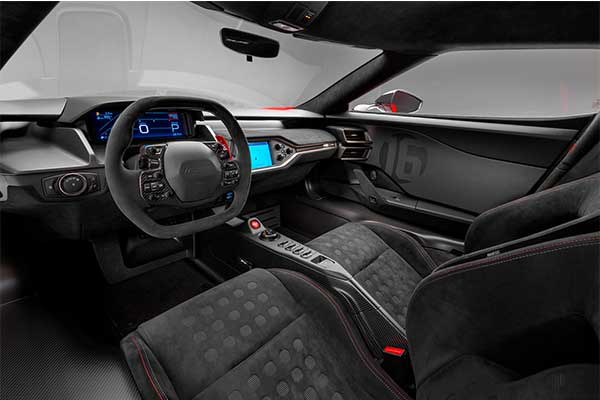 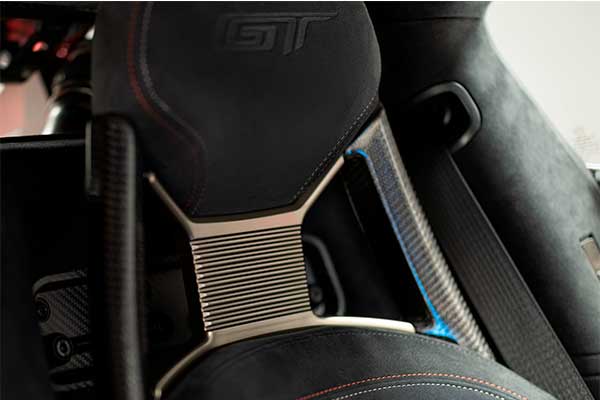