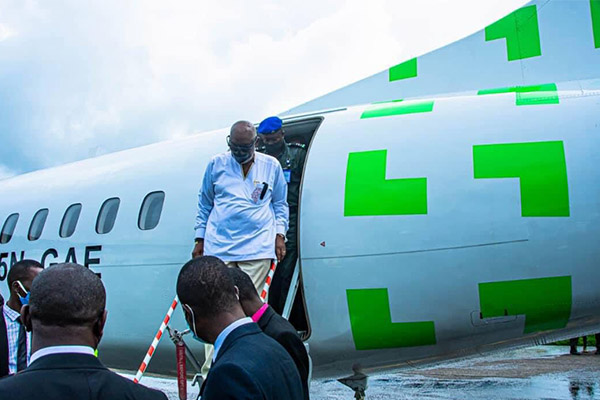 With the new airline, the Ondo State now has access to three airlines with different routes from Akure to Lagos and Abuja. 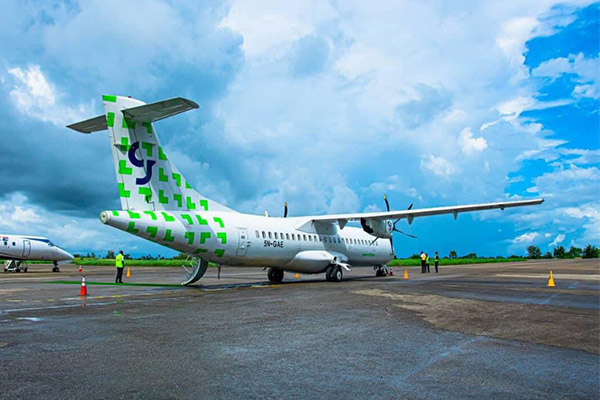 Governor Akeredolu welcomed the new airline to the state at the Akure Airport alongside his Deputy, Hon. Lucky Aiyedatiwa; members of the House of Assembly led by the Deputy Speaker, Rt. Hon. Samuel Aderoboye; Secretary to the State Government, Princess Oladunni Odu, and other members of the State Executive Council among other dignitaries.

Arakunrin Akeredolu expressed delight at the commencement of the airline operations in the sunshine state, stressing that it will boost the economic growth of the state.

The Governor said with the new airline, the state now has access to three airlines with different routes from Akure to Lagos and Abuja. 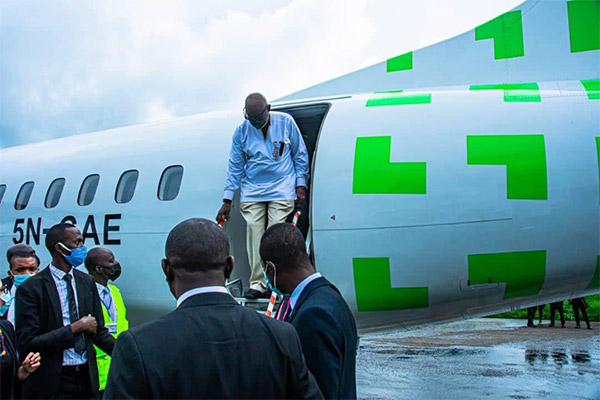 He said: “We are looking at increasing accessibility of the air flight. Now we have three and it is a thing of joy. We welcome you with open arms.

“As you know, air transportation is one of the most lucrative businesses but we know your limitations. Your services would assist in boosting the economic growth of our state.

“Your services are needed at this time. We want our investors to feel safe while coming to Akure. When we started our investment drive, investors would drive from Lagos to Akure and spend five hours on the road while coming and the same going back. They don’t ever come back again. But with this facility, in 45 minutes, you are here and another 45 minutes you are back.”

While assuring of his administration’s commitment to more economic development, the Governor said the Airport terminal under construction will be completed before December. 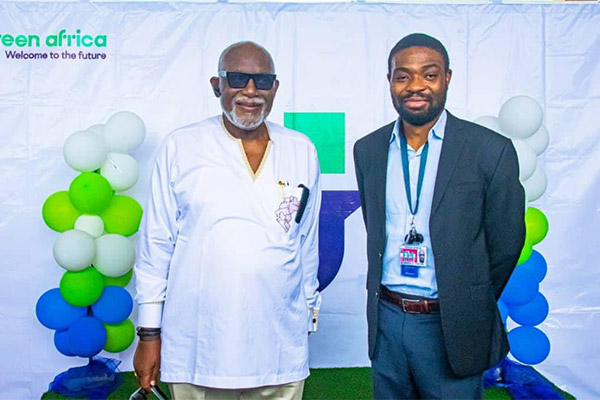 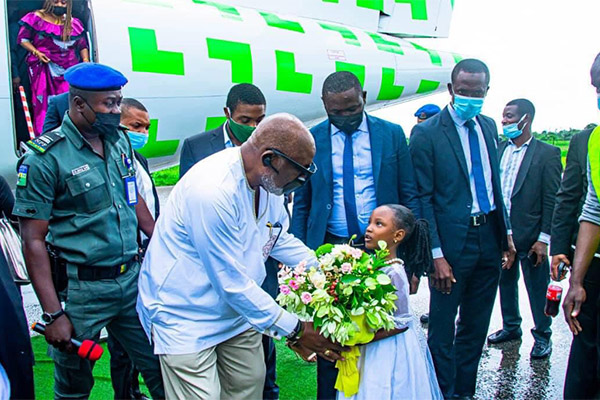 He said investors will appreciate coming into the state with the accessibility to the airlines, adding that hospitality facilities are also coming up in the state with the Big Hotels that are under construction at various areas in the State capital.

Governor Akeredolu, who described the Green Africa Airline as a notable player in the aviation industry in the country, urged the Founder, Babawande Afolabi, to also fly the Akure-Abuja route. 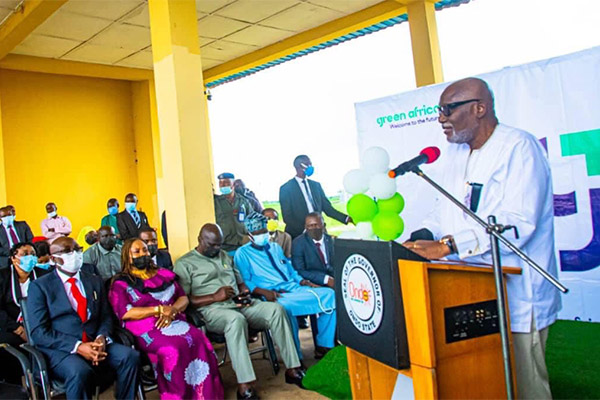 In his remark, Afolabi said the goal of the airline is to make air travel accessible to everyone and contribute to the economic development of Ondo State.

“We do hope that we open Ondo State. We look forward to a great future,” He said.