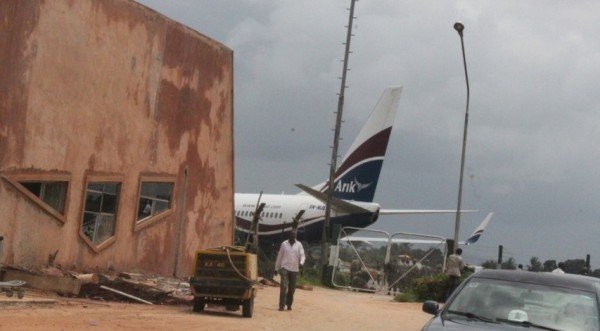 Just few days after the installation of some equipment meant for the Instrument landing system (ILS) at the Benin airport, it got stolen. The equipment is meant to aid the takeoff and landing of aircraft.

Governor Godwin Obaseki of Edo state has given out orders for thorough investigation about the airport instrument theft at the Benin airport. The governor dished out this instruction after a meeting with officials of the Nigerian Airspace Management Agency, (NAMA), the Nigerian Air Force (NAF) and the airport authorities.

Governor Godwin believes that the theft will not discourage the plans of upgrading the services at the airport.

A statement issued on Thursday by the Edo State Government House, Benin, said, “The Instrument Landing System (ILS) is a radio navigation system which provides aircraft with horizontal and vertical guidance before and during landing.”

“Some equipment in the Glide Slope, a component of the ILS, which provides the vertical guidance, was stolen while facilities at the localiser component were intact.”

High-Risk Lifestyle: See What Some Lagosians Are Doing On The Expressway (PHOTOS)