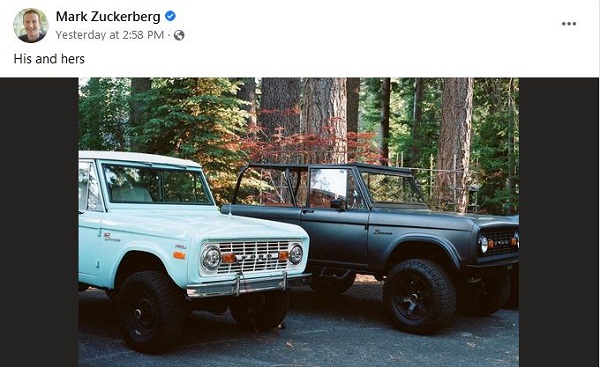 Facebook owner and billionaire Mark Zuckerberg took to his facebook page to share a picture of his car and that of his wife. In his caption for the post, he simply wrote: “His and hers”

The American businessman is so rich that he can own whatever car who chooses. According to the report by Forbes, he is worth 64.1 billion dollars. He has some cars in his garage which ranges from a modest Honda Fit to a N590,000,000 Pagani Huayra.

Scrolling down through Mark’s comment section on Facebook, you’d see how people reacted differently to him posting those two cars. Some were of the opinion that Zuck is way above owning such car. But wait, y’all need to chill. He’s rich you know. He can own anything he likes. That alone has exonerated him.

From what we know, there are other tech billionaires who love owning modest cars. Go through our post on “The Modest Cars The World’s Top Tech Billionaires Drive” to find out more of them.

Again, from all indications, Mark and his wife like keeping things simple. It’s very evident in the kind of life they live and the pictures they share on social media.

In case you’re wondering the name of the car Zuck posted. Those are Classic Ford Broncos. For your information, they don’t come cheap. They are more expensive than they look. 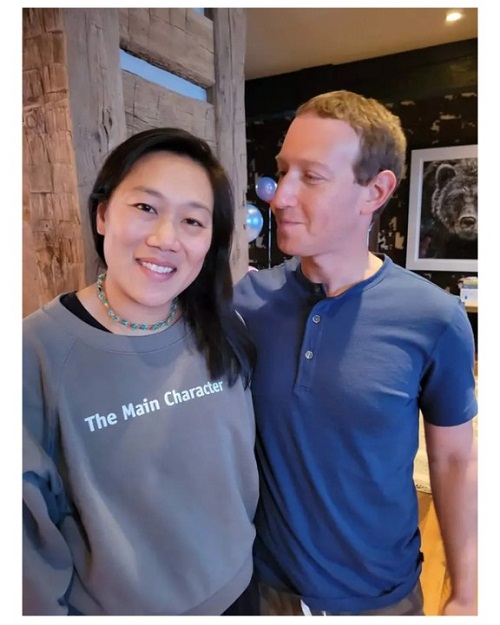