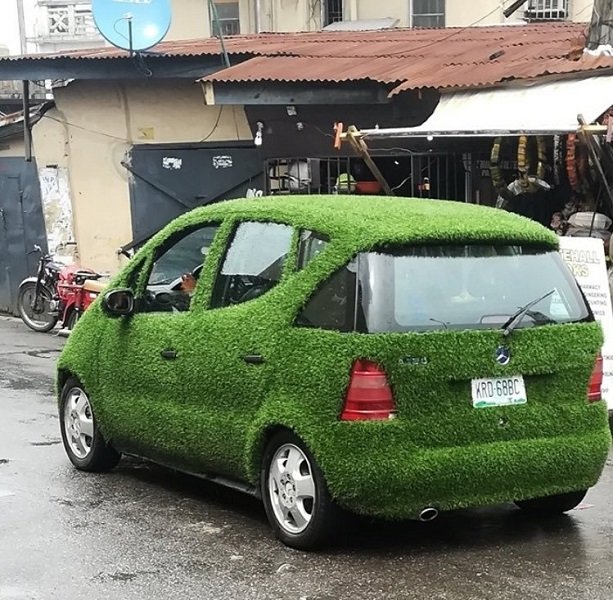 When you think you’ve seen it all, another strange thing just come up. A Mercedes Benz A-Class covered with green carpet rug, stole the attention of several road users in Surulere, Lagos. This is something very strange and we think it is the first of its kind in Nigeria.

Even though we’re not so sure why the owner did this, but we can say the painting on the car is much more protected. This carpet rug will also reduce the heat on and in the car under the scorching sun. The kids at home won’t see where to write (as they fondly do).

Artificial turf is a surface of synthetic fibers made to look like natural grass. It is most often used in arenas for sports that were originally or are normally played on grass. However, it is now being used on residential lawns and commercial applications as well. 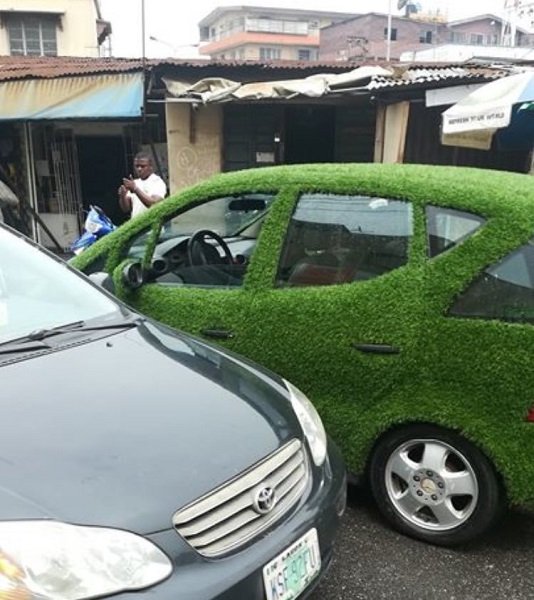 The Mercedes Benz A-Class covered with this green artificial turf is Mercedes Benz A160. It was produced from 1997 until 2004 when the production ended. The car has an innovative frontal-impact absorption system called the “Sandwich bar“. In the event of a violent frontal impact, the engine and transmission would slide underneath the floor below the pedals rather than entering the passenger compartment.

In case you’re wondering how how this artificial turf is used on cars, you can watch the video below for clarification.

How The Engine Immobilizer System Of Your Car Works