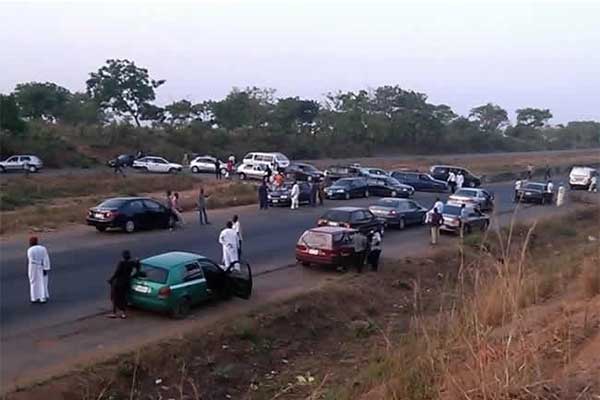 Two persons have been confirmed dead, while eight others sustained degree of injuries after multiple accidents along the Kaduna-Abuja expressway. The accident reportedly happened after speeding vehicles driving against the traffic crashed into oncoming cars. A statement from the state Commissioner, Internal Security and Home Affairs, Samuel Aruwan, explained that the crash occurred near Olam Farms. Four vehicles were involved in the accident as reported by security agencies conducting operations on the route. The security operatives reported that the accident was caused by over speeding and driving against the traffic.

The statement informed that the loss of control led to multiple crashes at the Kaduna-Abuja expressway. All four vehicles involved in the crash veered dangerously off the road. According to the statement, security agencies responded to a distress call. They also evacuated the fatalities and gave emergency attention to the eight others injured. The statement said some of the casualties were unconscious but were taken to a hospital. Security agencies cleared the site and helped to ensure the normal flow of traffic.

The state governor, Nasir El-Rufai, expressed sadness at the report and commiserated with the family of the deceased while wishing the injured quick recovery. He expressed shock at the repeated traffic violations and made a renewed call to drivers plying the highway to desist from the deadly practice of driving against the flow of traffic. He further tasked security agencies to vigorously enforce all prohibitions by the Kaduna State Government. 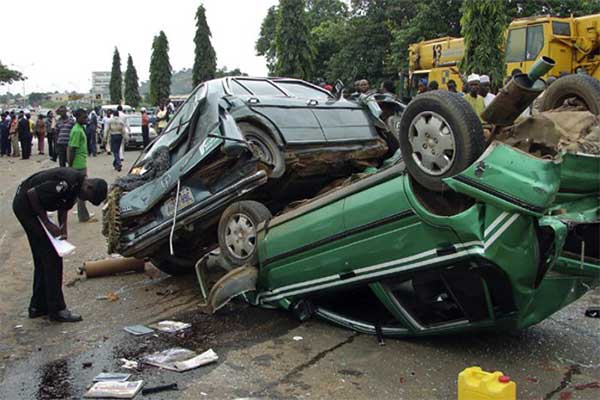 Pres. Biden Set To Replace Government Vehicles With EVs That Are Made In US And By Americans