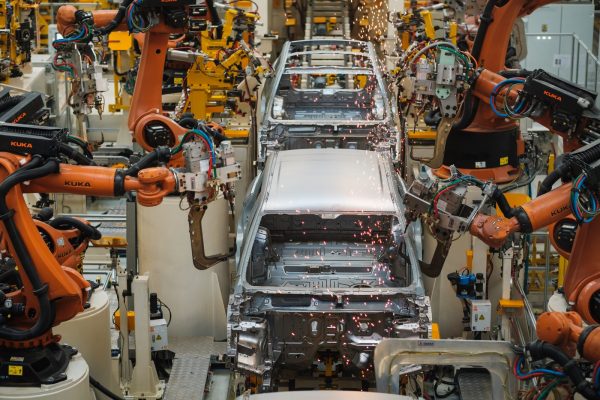 The non-passage of the much touted automotive policy may have practically stalled the rapid industrial plans of the Federal Government over the years with widespread fears that the prolonged delay may have far reaching implications on the economy, reports Charles Okonji.

Experts pointed out that a review of the Automotive Policy which was decreed by President Goodluck Jonathan’s administration in 2013 is long overdue, as six years after, the policy has not only failed to achieve the desired outcomes, but has adversely impacted the cost of doing business, welfare of the people, government revenue, and has caused massive trade diversion to neighboring countries.

Crux of the matter

According to the former Director of Policy and Planning Department of National Automotive Design and Development Council (NADDC), Luqman Mamudu, the non-passage of the automotive policy bill will further compound the woes of the auto sector.

It has actually started slowing down activities in the real sector apart from limiting inflow of foreign direct investments.

Mamudu said, “Most Original Equipment Manufacturers (OEMs) plan long term and are therefore more comfortable with assurance of policy endurance which this bill guarantees. This is provided for because we do not have a long term policy development choice which minimises impact of changes in regimes. It means that our reputation for sustaining policy is poor ever since the International Monetary Fund (IMF) pushed Nigeria to abandon long term planning. Most OEMs are therefore waiting in the wings for this legislation to commit their resources.”

He explained that the second issue was the provision in the bill to facilitate Nigeria Customs administration with clear definitions of Semi Knocked Down (SKD), Completely Knocked Down (CKD) and local content development import incentive programme, stressing that the tariff technical committee and NADDC is expected to provide for the dedication of Chapter 98 in the tariff book.

“Right now, there is so much confusion arising from ignorance about definitions, who is entitled to what, etc. It has led the industry to cripple stage, which has caused delays and embarrassment to stakeholders as the public and enemies of the policy now begin to question its relevance. While others are asking for its review, some are insisting on outright suspension.

“Luckily I was recently invited to chair an Ad-Hoc committee by Bureau of Public Enterprises (BPE) under the Vice President Office to review the policy. There are instances where assembling plants are only able to do single circles of import a year, and sometimes, while struggling to do this, their annual renewable license expires. Their goods are stuck in the ports and the process for renewal is bugged with bureaucracy and the inevitable consequence of huge demurrage bills. This is separate from the prohibitive logistics costs. The existing players are definitely frustrated and those waiting in the wings are hesitant,” he said.

Mamudu who also doubled as the former acting DG of NADDC, disclosed that the policy has five pillars and the bill was one of the most critical of them. “We pursued its passage desperately such that by October 2017 when I exited, the bill had successfully passed the two chambers of the Legislature. It was just remaining to be cleaned by the legal department before presentation to the President for consideration and assent. But I learnt some overzealous officials derailed the process.“

Review of past auto policies

It may be recalled that Nigeria automotive sector activities were really basic in the colonial period including during the first National economic plan 1962-68. Private companies such as BEWAC, CFAO, etc. were mostly engaged in the import of FBUs automobiles but with very marginal assembling operations. It was Chief Obafemi Awolowo working with technocrats and Nigeria economists including Professor Adebayo Adedeji, Allison Ayida and Phillip Asiodu that made the industry a priority in the 2nd National Development Plan of 1970-1974. This saw the establishment of two car plants; Volkswagen of Nigeria, and Peugeot Plant.

“The 3rd National Development Plan ushered in the establishment of four commercial vehicle plants; Styre, Fiat, Mercedes and Leyland. In the 80s Nigeria had installed capacity to meet nearly all its automotive needs by the listed government joint ventures with OEMs and some private companies. The gap was filled with import quotas; not without some controversies though. The plants all had their local content development programs. Peugeot for instance had about 68 local content suppliers including paints, windscreen and all side glass, wire harnesses, batteries, tires, radiators, seats and seat belts, engines sleeves etc.”

According to Mamudu, the government got it right by launching an automotive policy in 1993 and establishing the institutional framework for its implementation by NADDC, through legislation.

Automotive industry if well-established can account for up to 12 percent of the country’s GDP. The Component industry is actually where the jobs and local contents happen. This is why it must be encouraged but you must first achieve good assembling capacity before you can attract components manufacturers to partner with Nigerians just as it is happening at the assembling level now. The automotive supply chain is global. Once they notice the level of orders for SKD and CKD kits originating from Nigeria in critical mass, they will come and invest. They are already making serious inquiries. The DG of NADDC mention the desire of the South Africa components manufactures to invest in the country.

In contrast, the DG of Lagos Chamber of Commerce (LCCI) Muda Yusuf, regretted that the policy has not only failed to achieve the desired outcomes, but has adversely impacted the cost of doing business, welfare of the people, government revenue and the capacity of the economy to create jobs.

Import substitution strategy would only flourish in the atmosphere of high domestic value addition. It is within such a framework that the economy can profit from the inherent values of import substitution which includes backward integration, economic inclusion, multiplier effects, and conservation of foreign exchange, job creation and reduction of import bills.

The truth is that, the high cost of vehicles has taken a severe toll on the economy, from a logistics cost and welfare point of view. Practically all aspects of our economic and social lives had been negatively impacted by the situation. This is because over 90 percent of the country’s freight and human movements are done by road, which implies heavy dependence on cars, commercial buses and trucks.

Manufacturers and other real sector investors suffer from high cost of delivery vehicles, sharp increases in haulage cost because of the high cost of trucks; school buses can’t be afforded by many institutions; many hospitals cannot afford ambulances; many corporate organisations have drastically cut down on their fleet etc. Vehicle ownership is now completely beyond most of the middle class. These unintended consequences and collateral harmful effects on the economy and welfare of citizens are incalculable. This underscores the strategic importance of road transportation to domestic economic integration and connectivity.

The economy has witnessed an increase in the price of vehicles by between 200 to 400 percent over the last five years not many investors and the citizens have the capacity to pay these outrageous prices. Even prosperous corporate organisations are now buying used vehicles for official use. The implication of the scenario for operational costs of organisations is worrisome. The auto policy in its present form is most inappropriate for an economy that is heavily dependent on road transportation.

Nigerians will more likely purchase a used, but trusted brand, than a new and relatively expensive, but unknown brand. This invariably means “tokunbo” (imported, used). The Naira being less than half the value when the auto policy was introduced in 2013 hasn’t helped. In addition, the government has increased the duty on vehicle imports. Ironically, while the Nigerian government was increasing duty on vehicle imported, Benin Republic reduced transit charges – by up to 27% (in March 2017). This encouraged the import of vehicles through the Autonomous Port of Cotonou in transit to Nigeria. In 2013 – the year the Nigeria auto policy was released, 37% of the 800,000 used cars imported into sub-Sahara Africa were to Benin republic.

It is the contention of experts that if these recommendations are adopted, there would be a great relief to the private sector from the logistics perspective; more jobs will be restored in the automobile business sector; maritime sector activities will be boosted; car assembly plant will be better off with a five percent duty on SKD and zero percent duty on CKD; the welfare effect on citizens will be positive; vehicle affordability by the middle class will improve; the transportation sector will benefit tremendously; smuggling of vehicles will reduce drastically; NPA and ports terminals facilities will be more optimally utilised for better revenue performance; and customs revenue from vehicle imports will improve considerably. The proposition of a review of the automotive policy fits very well into the Ease of Doing Business Policy of the government.

Emir Of Kano: See His 2 Rolls Royces At The Center of The Controversy (PHOTOS)