A Celebrity Tailor And His Chevrolet Camaro Poses

Unlike many fashion designers, he prefers to be known as a tailor.

To further advertise this preference, the number plate of one of his cars – a Chevrolet Camaro – bears the inscription – “Tailor”.

Ostensibly, this Camaro is one of his favourite cars. Little wonder that Yomi Makun – known by the brand name Yomi Casual – recently saw the need to give the car a facelift.

The once grey coloured car was redesigned by the creative car tuner Khaz_custom. The pimp job gave the car a more ferocious outlook and a red paint job. 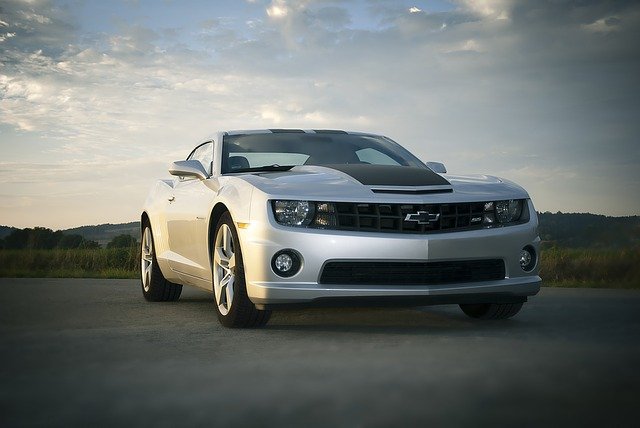 The Chevrolet Camaro is a mid-size automobile manufactured by American auto-brand Chevrolet. It is classified as a pony car and some versions also as a muscle car.

The car first went on sale on September 29, 1966, for the 1967 model year. It was designed as a competing model to the Ford Mustang. The car shared its platform and major components with the Pontiac Firebird,  which was also introduced in 1967.

Four distinct generations of the car were developed before production ended in 2002. However, the nameplate was revived on a concept car that evolved into the fifth-generation Camaro; production started on March 16, 2009.

Camaros are a favourite in drag racing. It has won many championships.

The Camaro is manufactured by the Chevrolet Division of General Motors (GM) Company. Over 5 million Camaros have been sold.

Yomi Casual And His Camaro Poses

Perhaps, in a bid at self-advertisement, Yomi Casual has developed a habit of posting personal photos of himself, mostly in his self-designed outfits, posing by his cars. His famous posse – the Chop Life Gang – an assemblage made up of actors IK Ogbonna and Alex Ekubo – also own Camaros.  Watch the video of the three friends showcasing their Camaros HERE.

However, no other car in the expensive garage of this celebrity tailor gets as much exposure than the Camaro.

In this article, we show some photos of Yomi Casual posing by his famous car – before and after it was pimped.

Mercedes Benz CLA: 9 Nigerian Celebrities Who Own This Aerodynamic Car