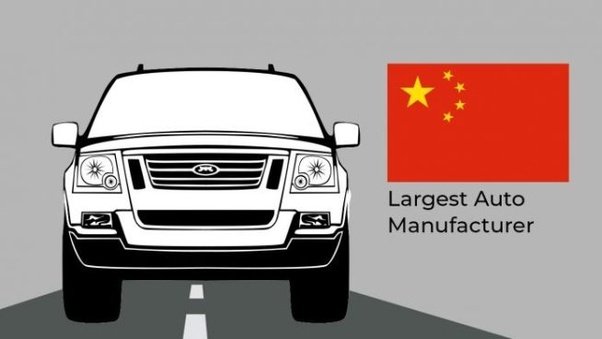 More cars are being manufactured today than at any other time in history. More than 78.7 million cars were sold in 2018 alone. That will tell you how far the automotive industry has gone.

The aim of this post is to show you the countries that produce most cars in the world. By most cars, we mean various brands of different origins combined.

The world’s leading manufacturer of cars is China. As at 2015, the country already achieved the complete production of 24,503,326 motor vehicles.

Approximately 86% of China’s production went toward making personal passenger cars, while the other 3.4 million vehicles produced were for commercial use.

SAIC Motor Corporation Ltd is the largest manufacturer of vehicles in China.

A total of 35.7 million cars and trucks were produced in USA from 2016 to 2017. USA is the second-largest car manufacturer in the world, due to its production of commercial vehicles.

United States produced almost twice as many commercial vehicles as any other country.

You may also like: Top Current Car Brands And Their Country Of Origin

German machines!!!
We all know Germany can’t be left out; they are among the biggest players in the automotive world. Volkswagen is the leading German manufacturer and Mercedes Benz is next in line.

You may also like: Most Googled Car Brands In 2018

Unlike their reserved brother – North Korea – that is into warfare, South Korea is playing it huge in the automotive industry and technology at large.

The most popular South Korea car manufacturer is Hyundai Motor Corporation. South Korea is also one of the highest exporters of manufactured automobiles.

The largest manufactured in India is Tata Motors Limited.

We got some of the statistics used in this post from – Investopedia.com