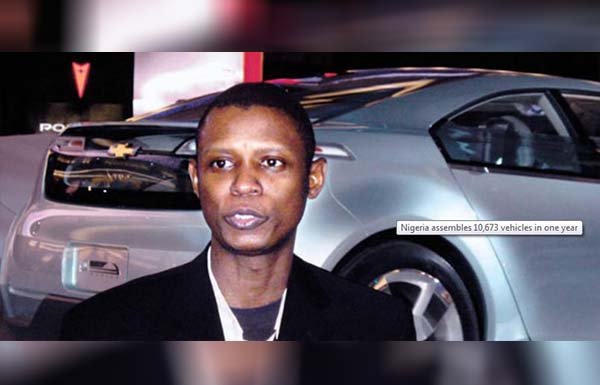 About four years after the introduction of a new automotive policy by the Federal Government, 53 automakers have so far received approval to establish auto assembly plants in the country.

Already, many of the automakers have commenced operation, leading to the production of 10,673 automobiles last year.

The Nigerian Automotive Design and Development Council gave the figures on Wednesday in a presentation at the Automotive Industry Implementation and Monitoring Committee’s meeting held in Lagos, which was presided over by the new Director-General, NADDC, Mr. Jelani Aliyu.

Although the council said the installed production capacity of the nation’s auto assembly plants had hit 408,870 automobiles, the 10,673 vehicles produced in 2016 represented just a little fraction of that capacity.

Despite several challenges militating against the operation of the assembly plants and the success of the auto policy, the council expressed the optimism that the number of this year’s locally assembled vehicles would surpass last year’s.

Already, he said the assembly plants had between January and July this year produced 8,473 automobiles.

Part of the measures to encourage more production of vehicles locally and continued patronage was the enforcement of an Executive Order by Acting President Yemi Osinbajo to all Ministries, Departments and Agencies of the government to buy made-in-Nigeria vehicles.

In 2013, the NADDC said 1,605 vehicles were assembled locally; that was when only 11 firms had approval to assemble vehicles in Nigeria.

The staff strength of all the assembly plants, according to the council, has risen from 745 in 2014 to 4,782 currently.

The Director of Policy and Planning, NADDC, Dr. Luqman Mamudu, enumerated a number of factors “why we cannot match the installed production capacity with the operating capacity,” including challenges arising from the Customs administration and poor infrastructure limits on logistics; access to limited foreign exchange by the sector; unrestrained importation of pre-owned automobiles; and smuggling.

To curb the importation of all manner of used vehicles, he stated that the Federal Government was ready to enforce a directive that only automobiles with certificates of roadworthiness would be allowed into the country, going forward.

Meanwhile, the new DG of the NADDC has challenged all automakers to produce low-cost vehicles that will be affordable and readily available for private and commercial uses.

Aliyu said while the automakers should be mindful of the happenings globally in the automotive industry, “let’s look at new technologies that we can adapt for Nigeria, with the ultimate goal of providing cost-effective vehicles for the people.”

He urged all stakeholders to come together to develop the industry and pledged that the current administration was willing to give the necessary support to make it a win-win situation for both the government and genuine investors.

Ford To Recall 830,000 Models For Doors That Can Open While Driving

Opinion-BRT Lanes Actually Cause More Traffic Than We Think