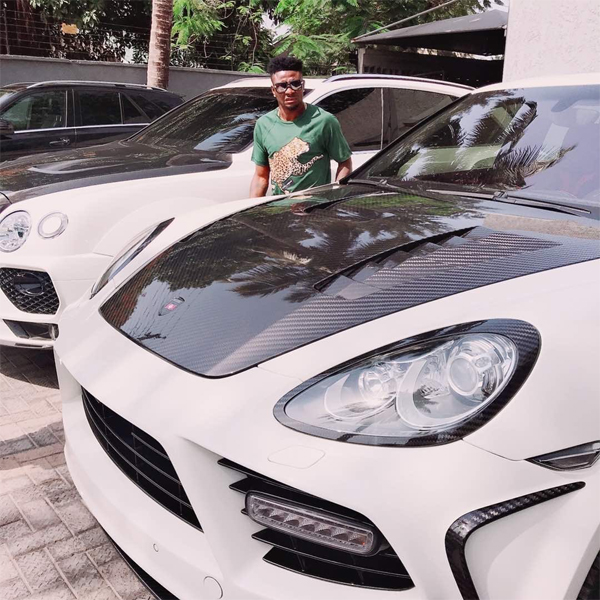 Obafemi Martins, nicknamed ‘Obagoal’ is one of Nigeria’s finest footballers.

He plays for Chinese Super League side Wuhan Zall as a forward. He is known for his speed on the ball.

Martin left Nigeria for Italy at age 16 to play professional football. Since then, he has since played for a number of top-division clubs around Europe.

His football-playing career has earned for him a fortune. This has made him to be able to acquire for himself some expensive fancy stuff.

The 36-year-old Martins is a collector of expensive cars.

The former Inter-Milan and Newcastle FC player recently posted on Instagram some of his luxury cars. The photo featured a Porsche Cayenne Mansory, Bentley Bentayga Mansory and a Mercedes-Benz GLE.

Checkout the photo below.

Obafemi Martins has a fleet of expensive and eye-catching cars.

Martins left Nigeria at the age of 16 and went on to play in Italy, and has since then played for numerous clubs all around Europe.

Obafemi Martin began his senior career as a footballer playing for Inter Milan, before going on to join Newcastle United in 2006, then onto Bundesliga club VFL Wolfsburg in 2009, before joining Birmingham City in January 2011. 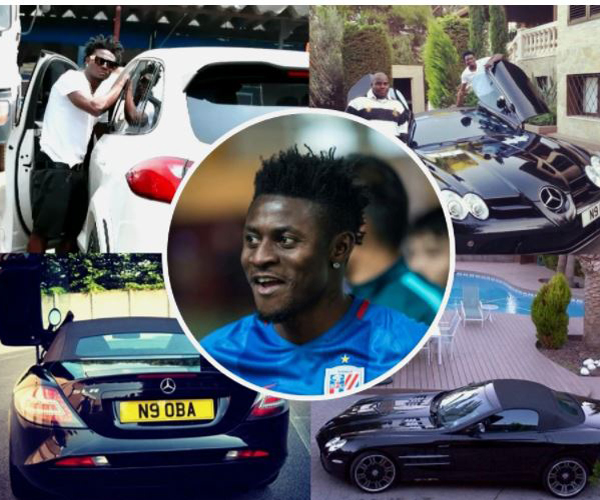 20 Yoruba Actors & Actresses And The Cars They Drive (PHOTOS)