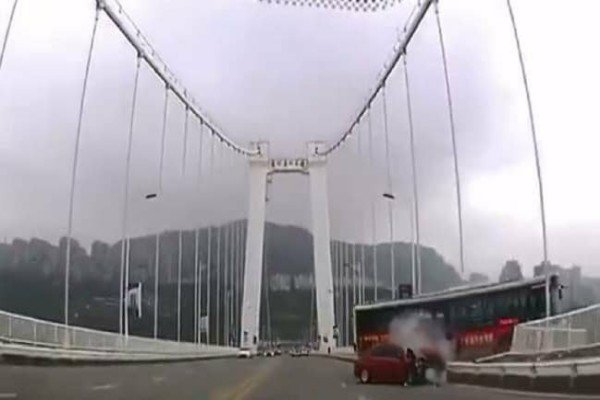 An 8 seconds clip retrieved from the black box of a doomed bus in southwestern China shows a female passenger and driver arguing with each other moments before the bus plunged into the river.

According to Chinese Chongqing city police, the fight started after a female passenger missed her bus stop and asked the driver to stop immediately. (If you have boarded a Lagos BRT blue bus before, you will know that some drivers will never stop once you miss your bus-stop) 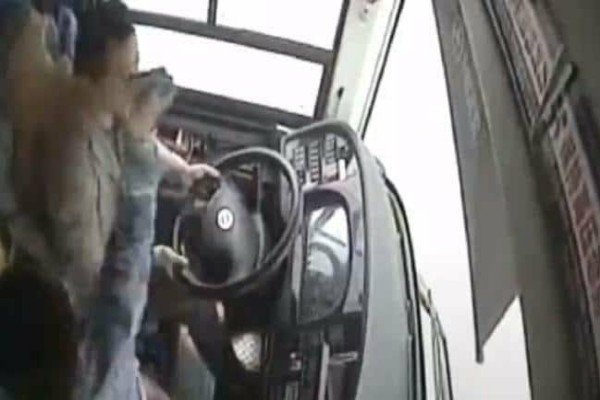 The driver refused prompting the female passenger to hit his head with her mobile phone.The bus driver tried to strike her back before veering into an oncoming car.

The Dashcam footage from another oncoming car caught the moment the bus veered off its lane,collided with a car and smashed through a bridge guardrail before plunging 220 feet into the river.

All 15 people on board including the driver and the angry female passenger died in the crash. 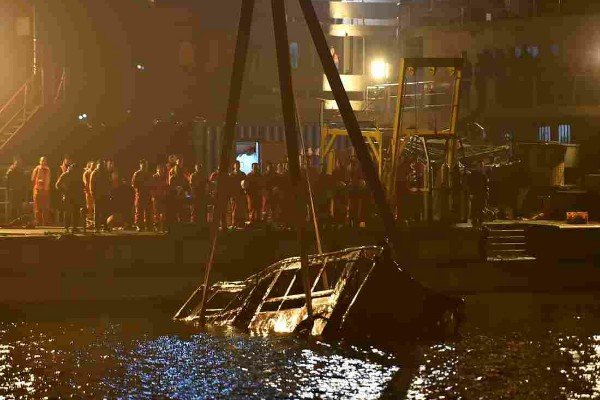 The bus wreck was pulled out on Wednesday night, 3 days after the fatal accident. Thirteen bodies had been recovered and two still missing.

The fatal accident could have been prevented if the woman had not attacked the driver or if she had waited patiently for the next bust stop.