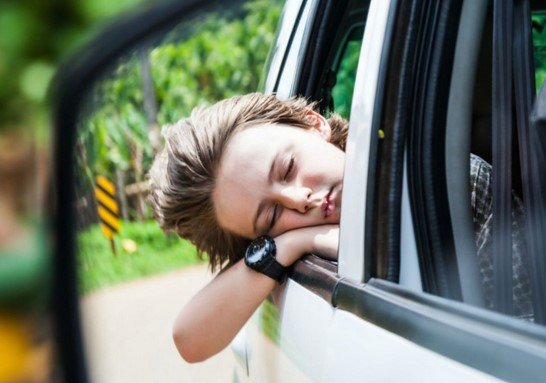 Traveling is one of the most common hobbies of our time. It can sometimes be dreaded due to the sickness some people feel after spending time in a moving car, ship, train or even aircraft.

Traveling can be a nightmare for the victims of motion sickness especially when it’s a long journey by road. It is very common in children and pregnant women.

Motion sickness is usually caused by the disagreement between the vestibular system’s sense of movement and visually perceived movement, typically resulting from travel is known as motion sickness. In a simpler context, it is caused by conflicting signals in the inner ear, eyes, and sensory receptors.

Motion sickness can be caused by the repeated movement of a car; like when a car enters pot holes or moves over bumps repeatedly. Irregular passage of air in a moving car can also lead to motion sickness.

In addition to the above symptoms, some people get headaches, feel very tired, or have shallow breathing.

Please, motion sickness is not contagious.

1. Motion sickness can reduced by making sure the car one is traveling in is well ventilated. The individual who’s affected can do well to sit near the window in order to receive enough air.

2. Avoid operation of electronic gadgets because this sometimes leads to dizziness. Avoid reading.

3. Closing your eye can be of help and try to remove your focus from the moving car; maybe counting backwards from 100 to 0.

4. Look at stable objects. You can fix your gaze through the windshield.

7. Some people feel like they get relief by consuming these edibles: