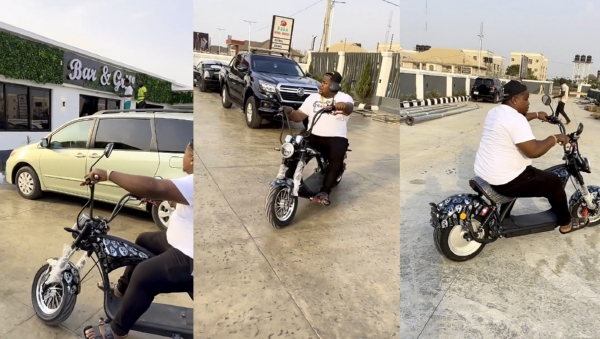 He said the electric bike would be his “Daily Driver” around the club cos walking around the massive facility gives him cramps.

A typically electric Scooter has a maximum speed of about 45 km/h for safe driving and a drive range of about 120 km. 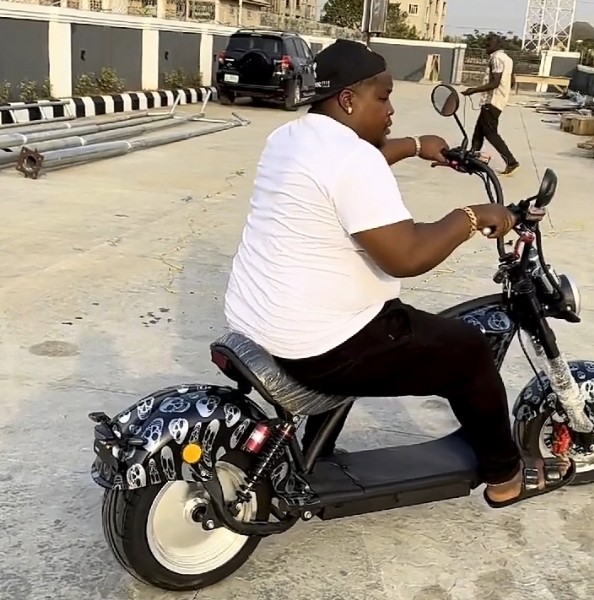 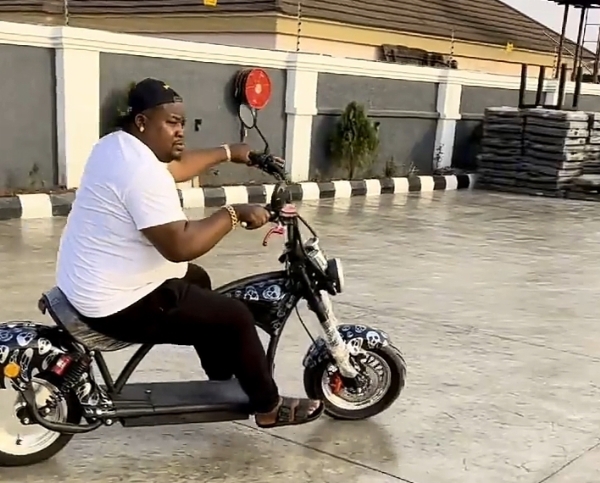 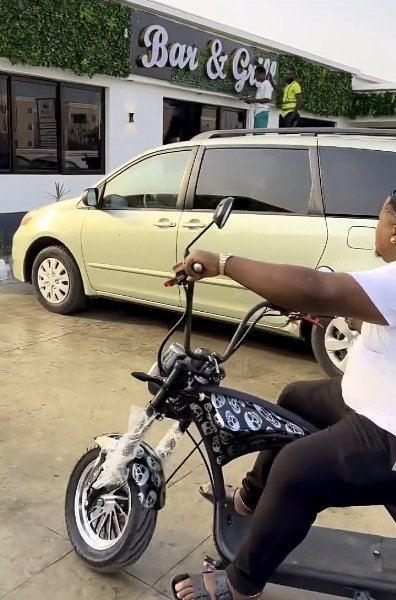 Pascal Chibuike Okechukwu, popularly known as Cubana Chief Priest, has given his fans a tour around his massive luxurious style nightclub which the Imo-born celebrity barman said is nearing completion.

In a video shared on his Instagram account, Cubana Chief Priest was seen riding on an electric bike as he tours the new nightclub which houses facilities like Bar and Grille, Lounge as well as Parking space. 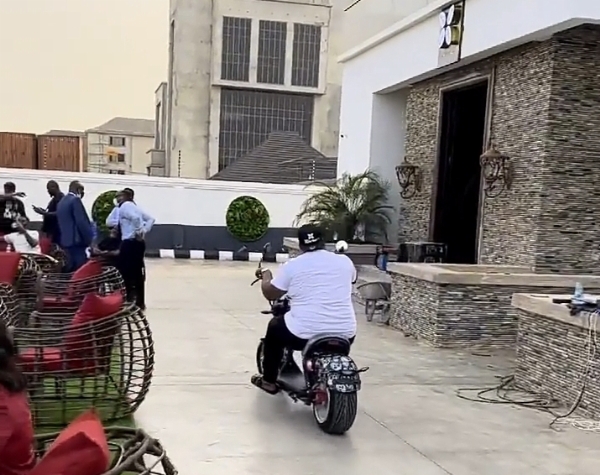 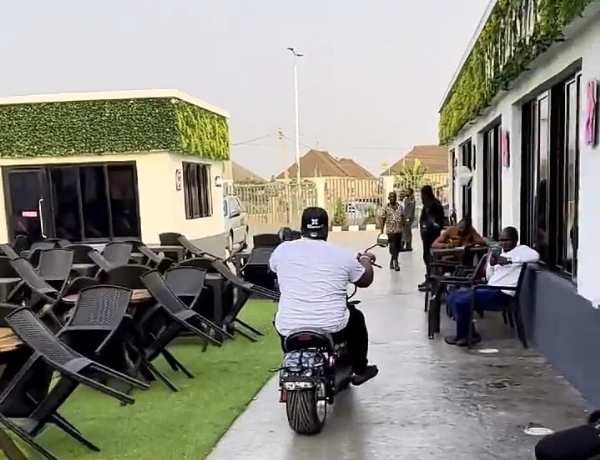 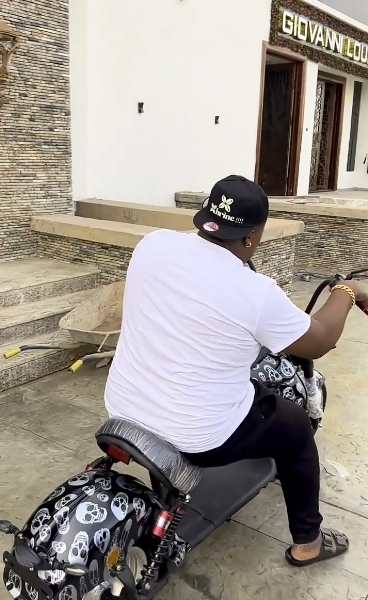 He noted that the newly acquired bike would be his “Daily Driver” around the facility when it is finally opened for services cos walking around the massive luxurious style nightclub gives him cramps.

“Built Myself A Club Super Big Like A Stadium🏟 It Gives Me Cramps Walking Around So I Got My Fat Self A Power Bike🏍 To Help Carry Me Around.

Dreams💭 Are For Free, Never You Be Scared To Dream💭 Big Because No Charges Are Attached. Xhrine 2:0 96%…” 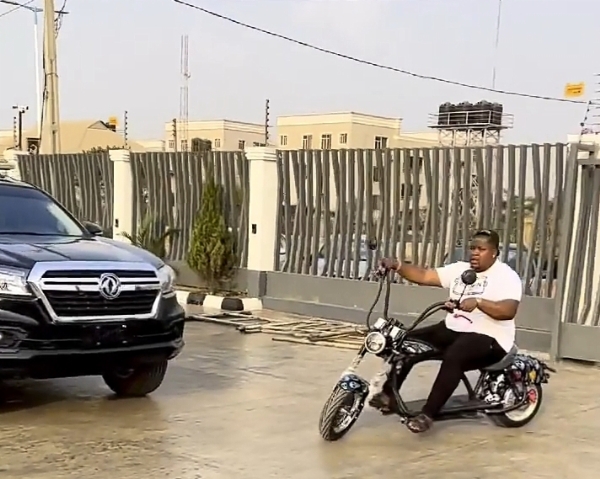 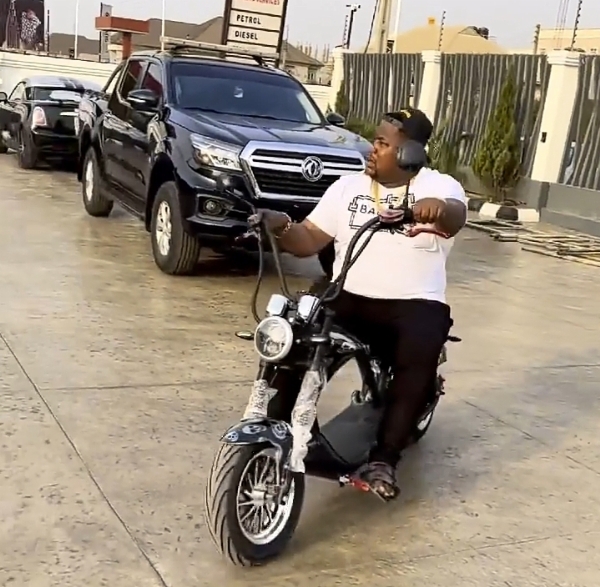 Electric Scooters, like Cubana Chief Priest’s, usually feature a maximum speed of about 45 km/h for safe driving as well as an incredible drive range of about 120 km before needing a recharge.