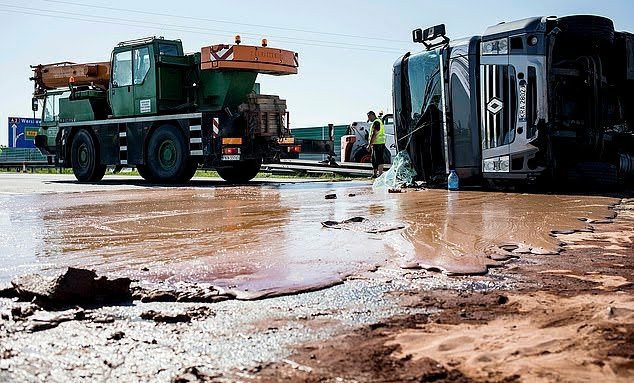 In Nigeria, products that may likely be spilled by an overturned truck are petroleum products such as petrol or diesel fuel.

But in Poland, it was the delicious and yummy chocolate that was spilled across the road ,and over 12 tons of it covered the whole 6 lanes in both directions.

The 60 year old driver was taken to the hospital with broken arm after crashing the truck into a barrier . The truck was later removed from the pool of the brown chocolate. 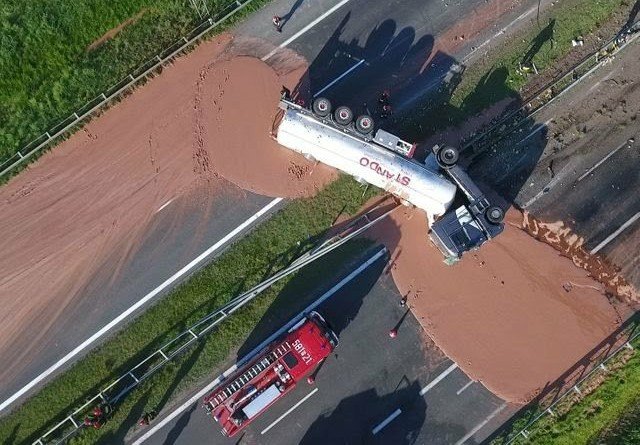 As the liquid chocolate became dried under the sun , large amounts of hot water was needed to melt and clear it away. It took several hours before the road was usable again.

Traffic was blocked in both directions as the drying chocolate posed danger to both cars and drivers . The fire brigade described the slippery surface of a solid or dried chocolate on the road as a worse hazard than snow.

Related Topics:12 Tons OfChocolatehighwayOverturnedPolandroadSpillsstickytruck
Up Next

Davido’s Private Jet: See How Much It Costs to Own and Maintain a Challenger 605