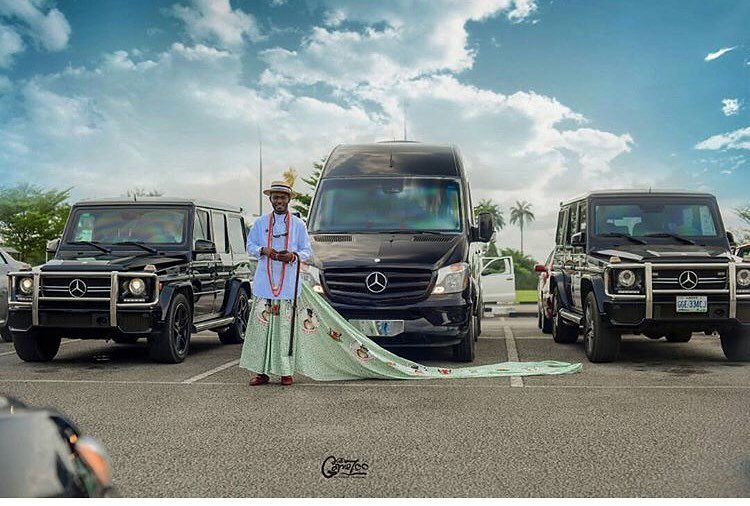 Popular Instagram Comedian, Freedom Atsepoyi, famously known as Mr. Jollof, is a graduate of Benson Idahosa University. He graduated there with a degree in Political Science and Public Administration.

In August 2017, he established DOINGS TV, a platform to promote some of his messages.

According to him, he chose the name Mr. Jollof because it is generally believed that everyone loves Jollof rice, and since his sole career objective is to make people happy, the name was just appropriate.

Mr. Jollof, who is also a politician, recently, and unsuccessfully, made an attempt at the membership of the House of Representative, Delta State, Warri Federal Constituency.

The Delta-state based entertainer, who would be celebrating his 32nd birthday in a few days’ time  (13th August), earlier today published a photo of himself posing with some Mercedes Benz brands – a Sprinter VIP Bus and two G-Wagons.

The social media sensation, who is adorned in an Urhobo attire in the photo, captioned the post, thus:

“If you wake up tomorrow to hear that Mercedes Benz Sign Mr. Jollof, how will you feel ?”