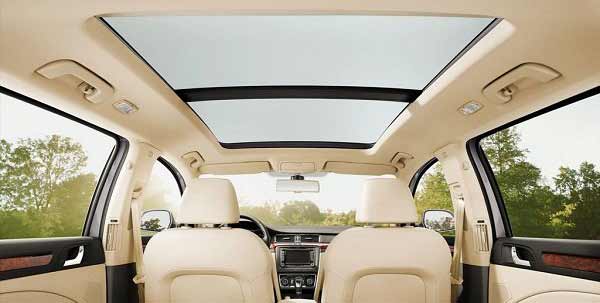 Sunroof and moonroof found in cars are used interchangeably by some people most times. The terms are two different things but they have something in common. They allow motorists get extra refreshing light and fresh air into the cabin without having the windows open. And there lies the difference.

Let’s start with the sunroof. A sunroof is a solid metal panel on the roof of a car that can be manually tilted up or removed to allow fresh air into the cabin without having the windows down. It is an opaque metal, meaning light can’t pass through it when closed, and hence, you can’t see through it.

On the other hand, a moonroof is just like the sunroof. It can be manually tilted up and also opened entirely but it’s transparent. This means light can pass through when it is closed, hence, you can see through.

What are their similarities?

Both sunroof and moonroof allow fresh air into the cabin of the car.

What are their differences?

The sunroof is a metal and takes the colour of the car from the outside while the moonroof is tinted glass that is transparent.

More recently, the panoramic style of moonroof is taking over the car market. For the panoramic roof, most of the roof of the car is made of glass, but only the panel over the two front seats can slide open -the roof glass at the rear is fixed and can’t be opened.

Present day cars mostly come with the moonroofs, because sunroof has gone out of style.

Automatic Transmission Gear Lever Positions (D3, 2, L) And When To Use Them