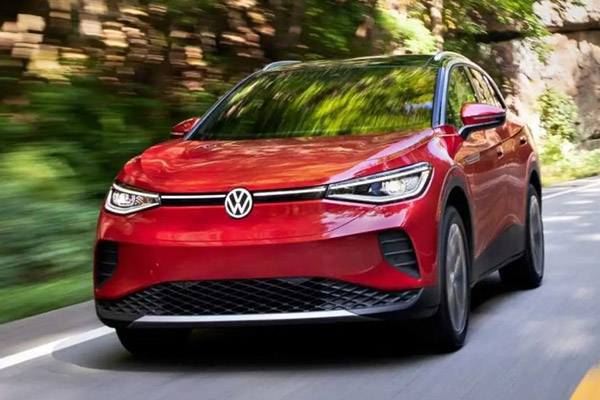 He shared data from Autozeitung that compares the gas-powered Tiguan compact crossover to the new ID.4 electric SUV.

The Chairman of the Board of Management of Volkswagen Group Herbert Diess has given his insight on why the brand’s electric vehicles are far better than gas. He shared this insight on Linkedin.

This is because he’s been pushing the automaker to see that EVs are the trends of the future. Now he’s advocating for EVs on LinkedIn, though strangely, it seems his recent post may have been taken down.

Diess went so far as to put executives in a panic over potential job losses across the automotive group, and he invited Tesla CEO Elon Musk to talk to Volkswagen executives. Some folks are suggesting that perhaps Tesla and VW will join hands in some way in the future, but that’s a different story for a different day.

His post on LinkedIn basically spells out how much money a person could save by choosing an electric car over a gas-powered car. 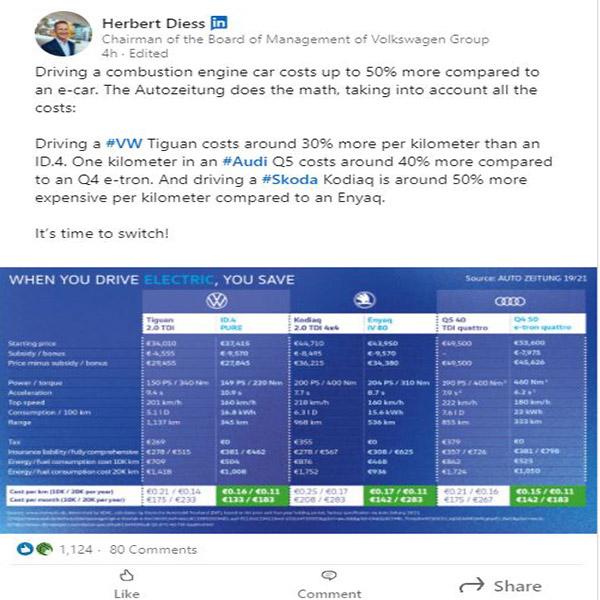 To make it as straightforward as possible, Diess shared data from Autozeitung that compares the gas-powered Tiguan compact crossover to the new ID.4 electric SUV. He says driving a combustion engine car costs up to 50% more than an electric car.

“Driving a combustion engine car costs up to 50% more compared to an e-car. The Autozeitung does the math, taking into account all the costs:

Many automakers that weren’t disparaging EVs on social media were still working behind the scenes to make sure electric cars weren’t widely available, and people were discouraged from buying them at dealerships.

We’re starting to see this transition among other legacy brands as well, though not to such a degree. Ford’s CEO and communications team have been busy promoting EVs on social media, though they haven’t stopped promoting gas vehicles.

GM continues to up its commitment to electric vehicles as well, but its CEO hasn’t stepped forward and told people gas cars are costing them too much money.

Vietnam’s Automaker VinFast To Commence Sales In The U.S By End Of 2022

New Maserati Grecale SUV Delayed Till 2022 Due To Chip Shortage