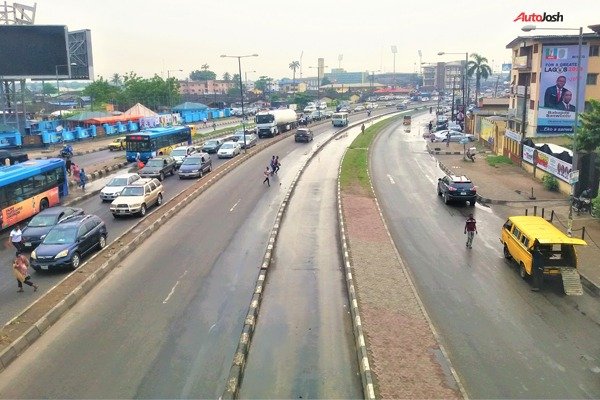 Few hours ago, there was a post on Autojosh on how some road in Lagos always filled with trucks all disappeared because the presidential campaign in Lagos. >>>> Presidential Campaign: See How Parked Trailers Vanished From Bridges In Lagos (PHOTOS).

On the other hand, the traffic situation in Lagos often caused by trailers parked along the road has cost someone his life.

Read the story of a colleague to the deceased.

I lost a colleague yesterday to the cold hands of death. This guy was a definition of the Bible’s definition of ‘toiling the earth’. Not like he was rich but he was way better than where he was coming from. The most painful part of his death is that it was avoidable.

How do you explain seeing someone at work and then the next minute he’s gone. He was involved in a bike accident @apapa with a truck (the same menace we have been complaining to @AkinwunmiAmbode about…

The company tried to get an ambulance once they were alerted of this accident. Unfortunately they couldn’t get to him on time because of traffic caused by these trucks. He died few mins to the hospital. @Gidi_Traffic

Now we are on our way to his house to pay his wife a condolence visit and miraculously all the trucks have disappeared from the roads. It took the visit of @NGRPresident to get our governor @AkinwunmiAmbode to do his job. @Gidi_Traffic

What have we done to deserve the kind of leaders we have? How did we get to this point? Cletus worked so hard to be where he was before death snatch him from us. Who will take care of his wife, kids and relatives?

I pray none of us nor our families be stuck in traffic while being conveyed to the hospital with an ambulance. RIP Cletus. 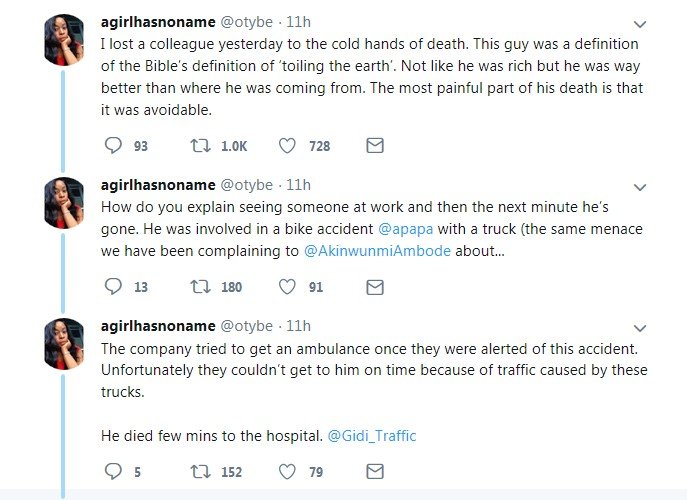 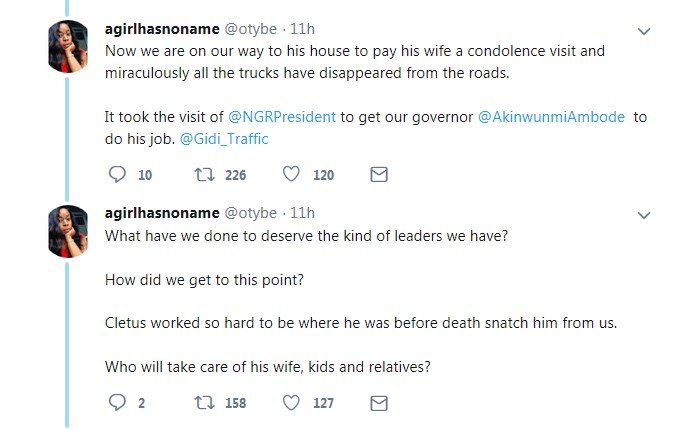 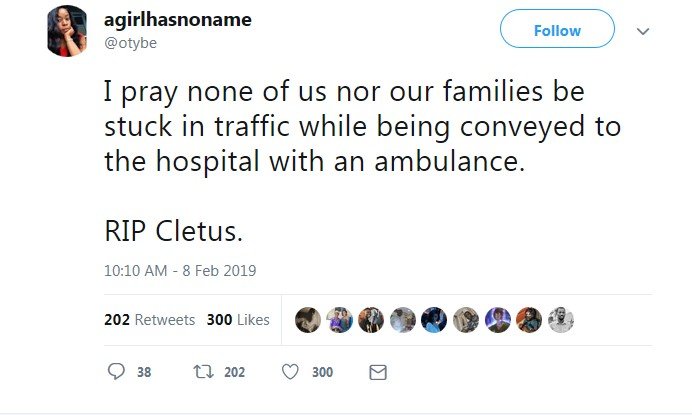